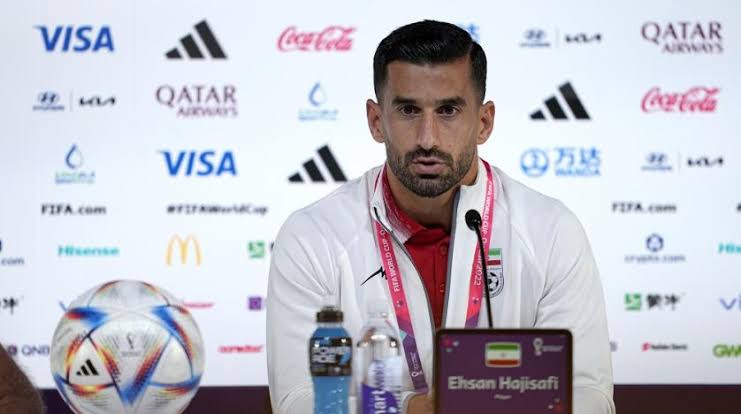 Some have lent their voices and support to protests, calling for an end to gross human rights violations.

Ukraine wrote FIFA to ban Iran from participating in the FIFA World Cup due to alleged ties with Russia following the Russian invasion of Ukraine.

Iran’s national football team will take in the 2022 World Cup amidst growing protests back home following the death of Mahsa Amini. Amini, 22, died after the Iranian moral police arrested her.

Her death has sparked outrage across the country, with massive protests rocking the nooks and crannies of the Arab state.

Amini reportedly died while in Police custody, and her death has been attributed to one of the numerous incidences of state-sponsored violence.

The ruling clerics in Iran see the protest as one of the most potent threats the ruling elites have confronted in decades.

As expected, they have reportedly adopted a reaction lay approach, clamping down on protesters and quelling the unrest with the necessary means of force possible.

According to reports, the violent crackdown has resulted in a heavy death toll, with 362 confirmed dead, including 56 children.

Amini’s death has been a rallying point for Iranian celebrities and sports endorsing the massive protests and voicing concerns over the alleged violations of citizens’ rights by the Iranian government.

Earlier this month, a group of current and former Iranian sportspeople announced they had no choice but to turn on their own country and demand that Iran be withdrawn from the World Cup.

The 32-year-old AEK Athens player said he has accepted that the conditions in his home country are dire and sympathetic.

Despite joining the World Cup in Qatar, Hajsfi said he and other players would continue to lend their voice and support to the protesters in solidarity with their plights.

Hajsafi is regarded as a utility player, being able to play as left midfielder, left-back, defensive midfielder, and winger.

Iran will take on England in their 2022 World Cup opener, and will be looking for their first win against a European opponent.

Although this has been their third consecutive appearance at the World Cup, Iran has been unimpressive in their World Cup campaigns and have not ever qualified from the Group stages