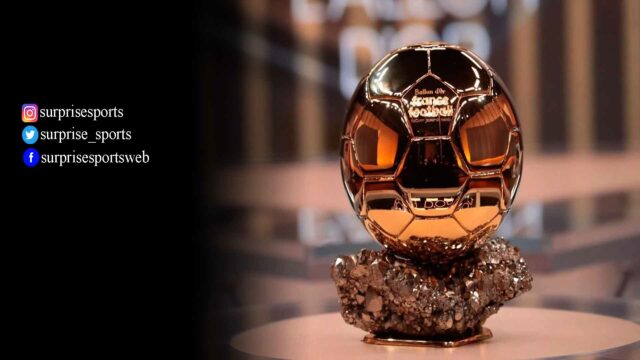 All football fans may marvel at the achievements of the great stars of world soccer, such as Cristiano Ronaldo and Lionel Messi these days. However, no matter how strong they are, soccer was, is, and will always be a team sport. It is the team that wins titles, and the success of one or another star directly depends on it.

Of course, the main club tournament, which everybody dreams of winning, is the Champions League, or as it was called until 1992 – the European Cup. If we talk about national teams, the main world championship is the World Cup.

If we take both of the above-mentioned tournaments, the list of players will be very impressive, but if we add the main individual award of world soccer – the Golden Ball, the list shrinks to eight names. In This article, the essay writer from write my paper for me service will tell you about these eight players in this article.

Arguably the greatest footballer England has ever seen, and there is stiff competition for it, but no one can deny that Bobby Charlton gave his all in a distinguished 24-year career, much of it with Manchester United, with whom he won three league titles. A decade after breaking through under Matt Busby and miraculously surviving the ill-fated Munich disaster, the attacking midfielder experienced his greatest period of success in the late ’60s.

Charlton played a key role in England’s success at the 1966 World Cup, where he scored three goals, including two in the semifinal match against Portugal. At the end of that year, Charlton won the Golden Ball, after which there was a two-year lull. In 1968, the Red Devils, in the final of the European Champions Cup, beat Benfica (4:1), where Charlton completed the double and largely gave the first victory for the British in the most important club tournament.

A disappointing moment during the Under-14 tournament for the Munich youth club ended any chance that Munich-1860 would ever sign Franz Beckenbauer, who had idolized the club all his childhood. Franz ended up signing with Bayern, and after that, there was only a success story that many can still dream about. The German footballer, a pioneer of the role of the modern free defender (libero), won almost everything in his five years. After triumphing in the Bundesliga, he lifted the European Champions Cup trophy three times, and in between, he did not forget to help his national team.

The first European Championship with West Germany in 1972, after which he won the Ballon d’Or, was followed two years later by success at the World Cup on home soil. Before leaving to conquer the states in the ambitious New York Cosmos, Beckenbauer once again won the Ballon d’Or thanks to success at the club level. “Hanging up his cleats,” Franz became the second man after Mario Zagallo to win a World Cup as a player and then as a head coach. They have since been joined by Didier Deschamps, the current coach of the French national team.

Bayern’s unprecedented success in the 1970s created many names and legends in the world of soccer, none more magnificent than Gerd Müller, who was destined to live to score goals. “Der Bomber,” as he was nicknamed at the time, scored 565 goals in 607 games for Bayern, but he was no less prolific with the German national team – 68 goals in 62 games, a record which has already been broken nowadays by Miroslav Klose.

At the 1970 World Cup, in which Germany advanced to the semifinals, knocking out reigning champion England, Mueller scored ten goals in six games, which brought him the Golden Ball at the end of that year. More international success followed, with victories at Euro 1972 and the 1974 World Cup.

Rossi’s triumph came at the 1982 World Cup, when Italy beat West Germany 3-1 in the final, with one of his goals coming from Paolo, who had previously served his two-year suspension for gambling.

It was at the 1982 World Cup that Rossi scored six goals, becoming the tournament’s top scorer, which, together with the team’s victory at the tournament, earned him the Ballon d’Or. Success at the club level soon followed when Juventus took their first European Cup by beating Liverpool in the final, thanks to a single goal from Michel Platini in a penalty shootout.

Sixteen years after Rossi’s triumph, another great Old Lady player led his country to World Cup success. Zinedine Zidane is not Italian, but the midfielder since then believes that his period in Serie A shaped his winning mentality. And this was evident when France won the World Cup at home, and Zidane himself registered two scoring strikes in the final match against Brazil. That same year, Zidane won recognition by winning the Ballon d’Or.

Until 1995, the Golden Ball was given exclusively to European players, but then everyone who played for European teams could win the coveted trophy. The first such recipient of the award was George Vea, who was born outside Europe and was soon followed by Ronaldo and his compatriot Rivaldo, now in question. Then his victory surprised even the Brazilian himself because many expected the winner to be David Beckham, who ended up taking second place.

Rivaldo played a key role in Brazil’s success at America’s Cup and then found even greater international success with his victory over Germany in the 2002 World Cup final. Another triumph followed a year later, winning the Champions League with Milan when his time with the Rossoneri was coming to an end.

In those days, Brazilian names began to fill European clubs with talent, and in addition to the already well-known Ronaldo and Rivaldo, there was another addition to the Brazilian squad – with the same “R.” The appearance of Ronaldinho on the scene of the world soccer has captivated many fans around the world. Many still remember his penalty kick in a match against England in the quarterfinals of the 2002 World Cup. However, his club successes had to wait a little longer.

The Brazilian’s career at the club level went up after his high-profile move from PSG to Barcelona, where he became the catalyst for the success of Franck Raicard’s charges, who managed to bring Barcelona its first Champions League victory since 1992, beating Arsenal in 2006. A year earlier, he had withstood crazy competition of world recognition from Frank Lampard and Steven Gerrard, winning the Ballon d’Or.

Brazil’s 5-2 defeat of Costa Rica in the group stage of the 2002 World Cup was no big deal in and of itself, but for 25 minutes, everyone could see the young and talented Kaká appear on the field, though he was not remembered for anything sensational. But then he moved from Sao Paulo to Milan, where he became a leader and world star with the number “10. Then he arrived at Carlo Ancelotti’s team, but his first attempt to conquer the Champions League failed due to a loss in the final to Liverpool in Istanbul. A year later, the Rossoneri took revenge on Liverpool in the European final, with Kaka netting the opener for Filippo Inzaghi.

As a result, Kaka became the top scorer in the Champions League and then the Ballon d’Or winner. This was the last time France Football gave the award to someone other than Cristiano Ronaldo or Lionel Messi, whose hegemony was ended by Luka Modric, who helped Croatia reach its first World Cup final in 2018.