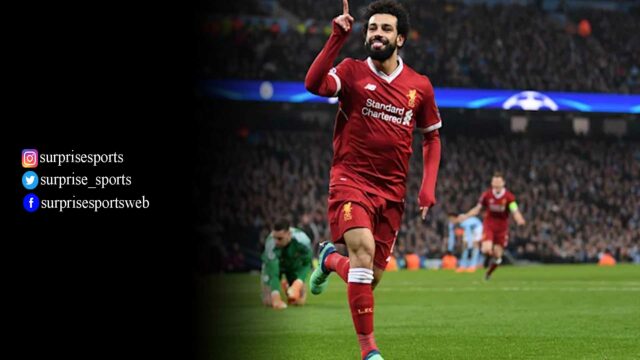 We are down to the EPL final matchday 38 and have yet to find out about the English Champions season 2021-2022. 37 matches have been played, and a single point separates Man City and Liverpool at the top.

Let’s analyze the EPL Final Matchday 38, fixtures, and schedule and find out who will be the English Premier League Champions season 2021-2022.

The English Premier League title race is going down to the wires as we reach matchday 38. Only one match remaining for each team. A single point separates Man City and Liverpool at the top of the table.

[A win brings 3 points, 1 point for a draw, and no points for a defeat]

The EPL title is in the hands of the defending champions Manchester City. They will host Aston Villa today, knowing that winning will make them the English Champions.

Liverpool is only a point behind Man City heading into the final matchday. They will need Man City to draw or lose their match against Aston Villa. Liverpool will be the champions if Man City drops points and Liverpool secures a victory.

Liverpool will host the Wolves in the final matchday in a must-win match. If they drop points, draw or lose, Man City will be the Champions because of a better GD.

The Citizens suffered a 2-2 goal draw against West Ham last week. They dropped points and made the final day of the EPL much more interesting. Man City will play 14th place Aston Villa on the final matchday. Steven Gerrard’s men have 2 draws and a defeat in their last 3 matches, 1-2 against Liverpool, 1-1 against Crystal Palace, and 1-1 against Burnley.

On the other hand, Liverpool will host 8th place Wolves on the final matchday. The Reds beat Southampton by 1-2 goals last week. Wolves have 2 draws and a defeat in their previous 3 matches, 2-2 against Chelsea, 1-5 against Man City, and 1-1 against Norwich City.

Manchester City, Liverpool, and Chelsea have already qualified for the UEFA Champions League season 2022-2023. Man City are at the top with 90 points, Liverpool at 2nd with 89 points, and Chelsea at 3rd with 71 points.

Next season, Tottenham and Arsenal will fight for the 4th and final spot to qualify for the Champions League.

Tottenham Hotspur are in 4th place with 68 points, 2 points ahead of 5th place Arsenal. A draw or a win against Norwich City on the final matchday will confirm the 4th spot.

On the other hand, Arsenal will need Tottenham to lose their match and need to win their own against Everton.

Tottenham will visit Carrow Road Stadium to play their final matchday against Norwich City. Tottenham have 2 wins and a draw in their last 3 matches, 1-1 against Liverpool, 3-0 against Arsenal, and 1-0 against Burnley. Norwich City are right at the bottom of the table and already relegated.

Arsenal will host 16th place Everton in a must-win game. The Gunners have 2 defeats in a row to lose their 4th spot to Tottenham, 3-0 against Tottenham, and 2-0 against Newcastle United. Everton have survived the relegation threat successfully. The Merseyside Blues will play the EPL next season.

The 5th and 6th teams in the EPL table will qualify for the UEFA Europa League season 2022-2023. Either Arsenal or Tottenham will claim the 5th spot. We will see a final matchday battle for the 6th spot between Manchester United and West Ham United.

Man United will take on Crystal Palace in an away match on matchday 38. They are only 2 points ahead of West Ham. A win over Crystal Palace will confirm the 6th spot for the Red Devils.

If Man United draw their match and West Ham win their own, both teams will finish with 59 points. In that case, West Ham will claim the 6th spot, qualifying for the Europa League.

Man United will play 13th place in Crystal Palace. The Red Devils have 3 defeats, a win, and a draw in their last 5 matches. They suffered 4-0 goals humiliating defeat against Brighton last week.

On the other hand, West Ham will play an away match against Brighton in the final matchday. Currently, at 7th, it will be a must-win match for the Hammers. West Ham have a win and a draw in their last 2 matches, 0-4 against Norwich City and 2-2 against Man City.

The 7th team in the table will enter the UEFA Conference League, Qualification Zone.

The 18th, 19th, and 20th teams will be relegated from the English Premier League. Watford and Norwich City have already been relegated.

We will find the final relegated team in the last matchday. Leeds United and Burnley will fight for survival on matchday 38.

Currently, Leeds United are in the relegation zone. They are at 18th in the table with 35 points, the same as 17th place Burnley.

Burnley will host 12th place Newcastle United on the final matchday. They have 2 defeats and a draw in their last 3 matches.

On the other hand, Leeds United will play an away match against 11th place Brentford on the final matchday. They have 2 defeats and a draw in their last 3 matches.

If Burnley and Leeds United both lose, Burnley will survive because of better GD.

The final matchday 38 of the EPL is sure to go down to the wires as we have so much at stake.