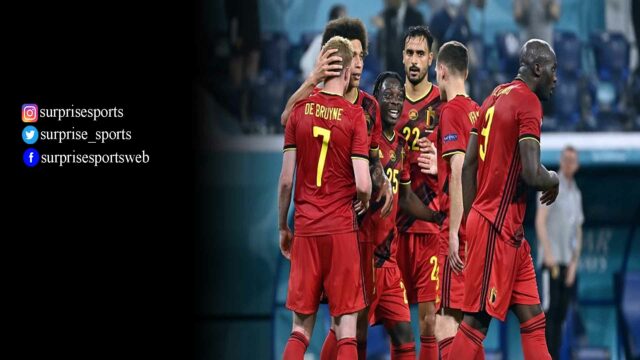 The FIFA World Cup 2022 is just around the corner. We are ready for the sport’s biggest tournament, starting on 20th November 2022 in Qatar. We have the 32 teams ready to take center stage, groups drawn, and fixtures set.

In this article, check out Belgium World Cup fixtures 2022 and mark the calendar.

It has been so close yet, so far, Belgium’s golden generation of football. Kevin De Bryune and co left Russia four years ago with broken hearts following their 1-0 defeat against France in the semi-finals. In 2014, they suffered another 1-0 goal exit from the quarter-finals against Argentina. Can Roberto Martinez’s men get themselves together and make another deep run? That would not be an easy task as Spain or Germany could be their Round-of-16 opponent this year.

Belgium will play in Group F in the FIFA World Cup 2022.

Belgium will play their World Cup opener against Canada on 23rd November. Then, they will take on Morocco before the crucial match against last term’s runners-up, Croatia. Here are the Belgium World Cup fixtures for 2022, kick-off times, and venues.

Who could be Belgium’s Round of 16 Opponent?

Group F teams will play Group E in the Round of 16. Hence, Belgium’s Round-of-16 opponent could be Spain, Germany, Japan, or Costa Rica.

How to Watch Belgium’s Matches in the World Cup

Fox Sports have the World Cup broadcasting rights in the United States. FOX will broadcast 35 matches, including all from the quarter-finals onwards. On the other hand, FS1 will broadcast 29 matches lives. The cable-cutters can watch the live stream via the Fox Sports app, fuboTV, and Sling TV.

In the UK, fans can watch the World Cup matches on TV via BBC and ITV. BBC iPlayer and ITV Hub will provide the live streaming opportunity.