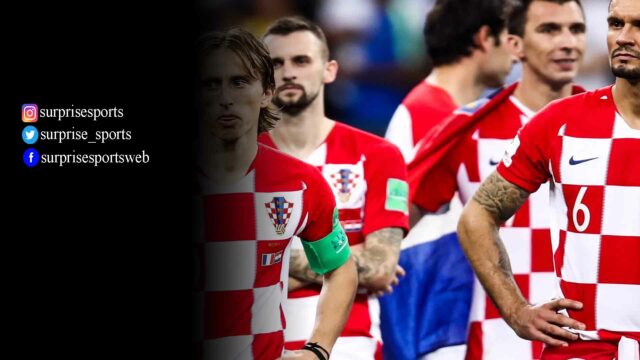 It’s been four years since the heartbroken 4-2 defeat against France in the World Cup 2018 final. And the FIFA World Cup 2022 is almost upon us, starting on 20th November in Qatar. Can Luka Modric and co do one better this time in the Lusail Stadium on 18th December? Time will tell who will take center stage in the sport’s biggest tournament on the final day of this year’s world cup. In this episode, we will check out the Croatia World Cup fixtures 2022, group, kick-off times, and venues.

Croatia will play in Group F in the FIFA World Cup 2022.

Croatia will play their World Cup opener against Morocco on 23rd November. Then, they will take on the CONCACAF qualifying top Canada before the high-voltage clash against Belgium. Here are the Croatia World Cup fixtures for 2022, kick-off times, and venues.

Who could be Croatia’s Round of 16 Opponents?

Group F teams will play Group E in the Round of 16. Hence, Croatia’s Round-of-16 opponent could be Spain, Germany, Japan, or Costa Rica.

How to Watch Croatia’s Matches in the World Cup

Fox Sports have the World Cup broadcasting rights in the United States. FOX will broadcast 35 matches, including all from the quarter-finals onwards. On the other hand, FS1 will broadcast 29 matches live. The cable-cutters can watch the live stream via the Fox Sports app, fuboTV, and Sling TV.