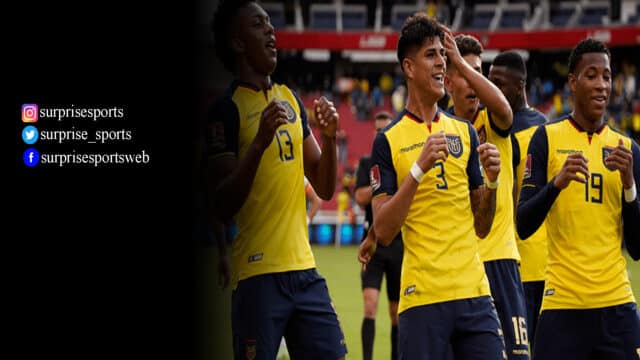 The FIFA World Cup 2022 is already on the horizon, starting on 20th November in Qatar. After missing out on the previous edition four years ago in Russia, Ecuador has clawed its way back to the sport’s biggest stage. Here in this episode, let’s mark the calendar with the Ecuador World Cup Fixtures 2022.

In the 2014 World Cup in Brazil, Ecuador lost the opening game against Switzerland. They followed that with a win over Honduras and a draw against France but couldn’t pass the group stage. La Tri will hope to go deeper this term.

Ecuador will play in Group A in the FIFA World Cup 2022.

Ecuador will be featured in the World Cup opening game against the host nation Qatar on 20th November. Then they will play the Netherlands before taking on the African Champions Senegal to finish the Group Stage.

Who could be Ecuador’s Round of 16 opponent?

Group A teams will play Group B in the Round of 16. Hence, Ecuador’s Round-of-16 opponent could be England, USA, Wales, or Iran.

How to Watch Ecuador’s Matches in the World Cup?

ITV and BBC have the World Cup broadcasting rights in the UK. Fans can watch the World Cup 2022 matches live on BBC channels and ITV. The cable-cutters can use BBC iPlayer and ITV Hub to watch the live stream.

Where to Watch the World Cup 2022 from anywhere: