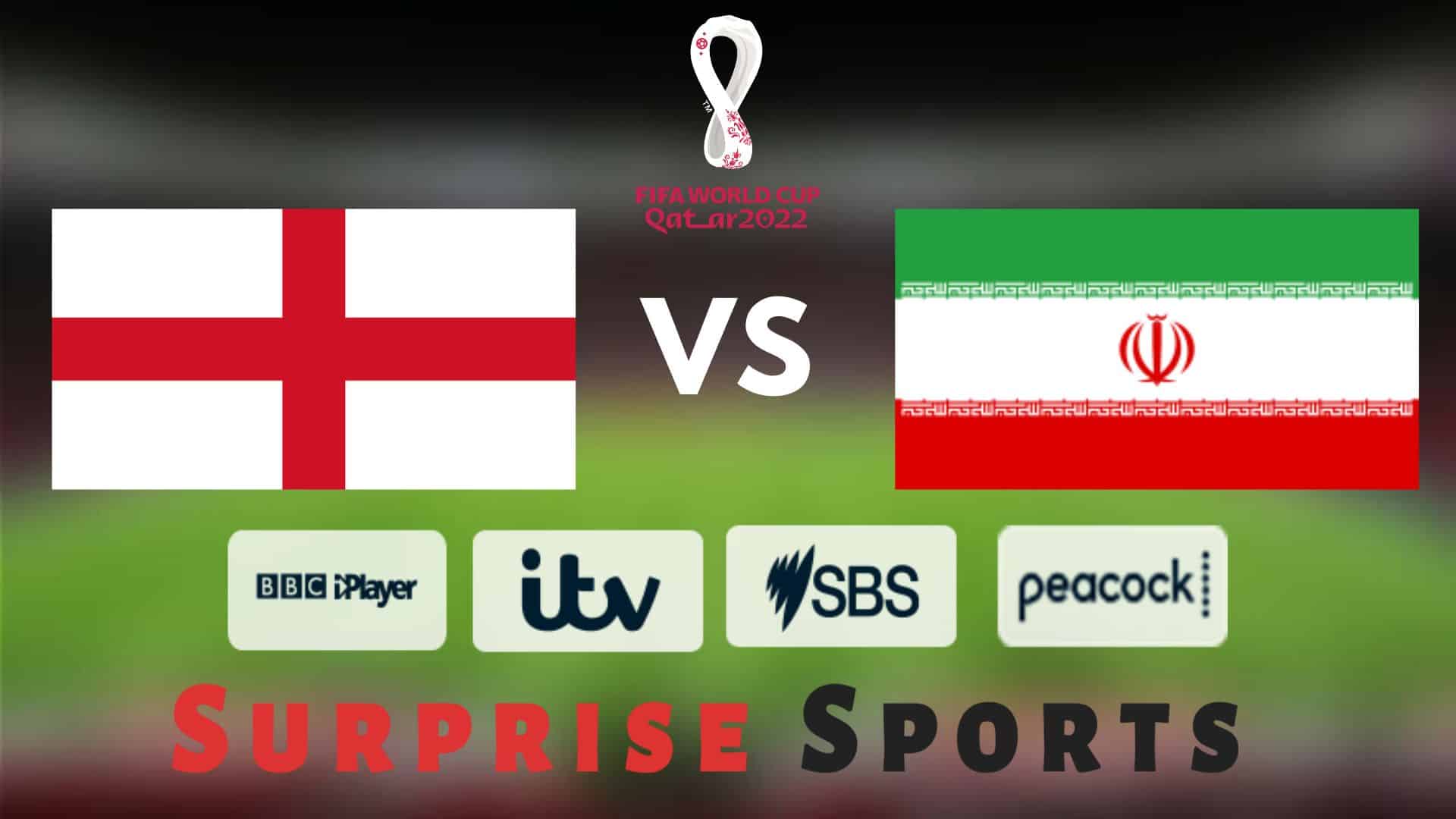 England will look to begin their World Cup campaign on the right foot against Iran on Monday at the Khalifa International Stadium in Al Rayyan. Here we have the England vs Iran live coverage, streaming details, kick-off time, h2h, and prediction.

England will look to end their 54-year wait for the second World Cup trophy. Gareth Southgate has no lack of big names in his squad.

The Three Lions’ recent forms might raise some eyebrows. They had a disappointing outcome in the Nations League, finishing at the bottom of their group. They scored 3 against Germany in a 3-3 draw after going 5 matches without a goal from open play.

Harry Kane and co reached the semi-finals in the last World Cup four years ago. They also reached the Final of Euro 2022. They will look to start on the right foot today and go deeper.

On the other hand, the highest-ranked Asian side Iran (world rank 20), is a pretty solid team. They are heading into the tournament with their strongest side in recent history.

With vastly experienced boss Carlos Queiroz at the helm and stars like Mehdi Taremi and Jahanbakhsh, they are capable of causing an early upset.

Related
How to Watch FIFA World Cup On Tubi TV

It will be the first-ever head-to-head meeting between England and Iran.

England’s recent performance in the Nations League in June and September raised some eyebrows. They went five games without scoring a goal from open play before drawing 3-3 against Germany in their last Nations League game.

We predict it to be a low-scoring match, with England just managing a victory. England 1-0 Iran.

How to Watch England vs Iran World Cup Match?

England’s opening game in the FIFA World Cup 2022 against Iran will be live on BBC One. The live coverage will start an hour before the 1:00 pm UK kick-off.

BBC iPlayer will broadcast the live stream of the match. You can access it from anywhere using VPN.