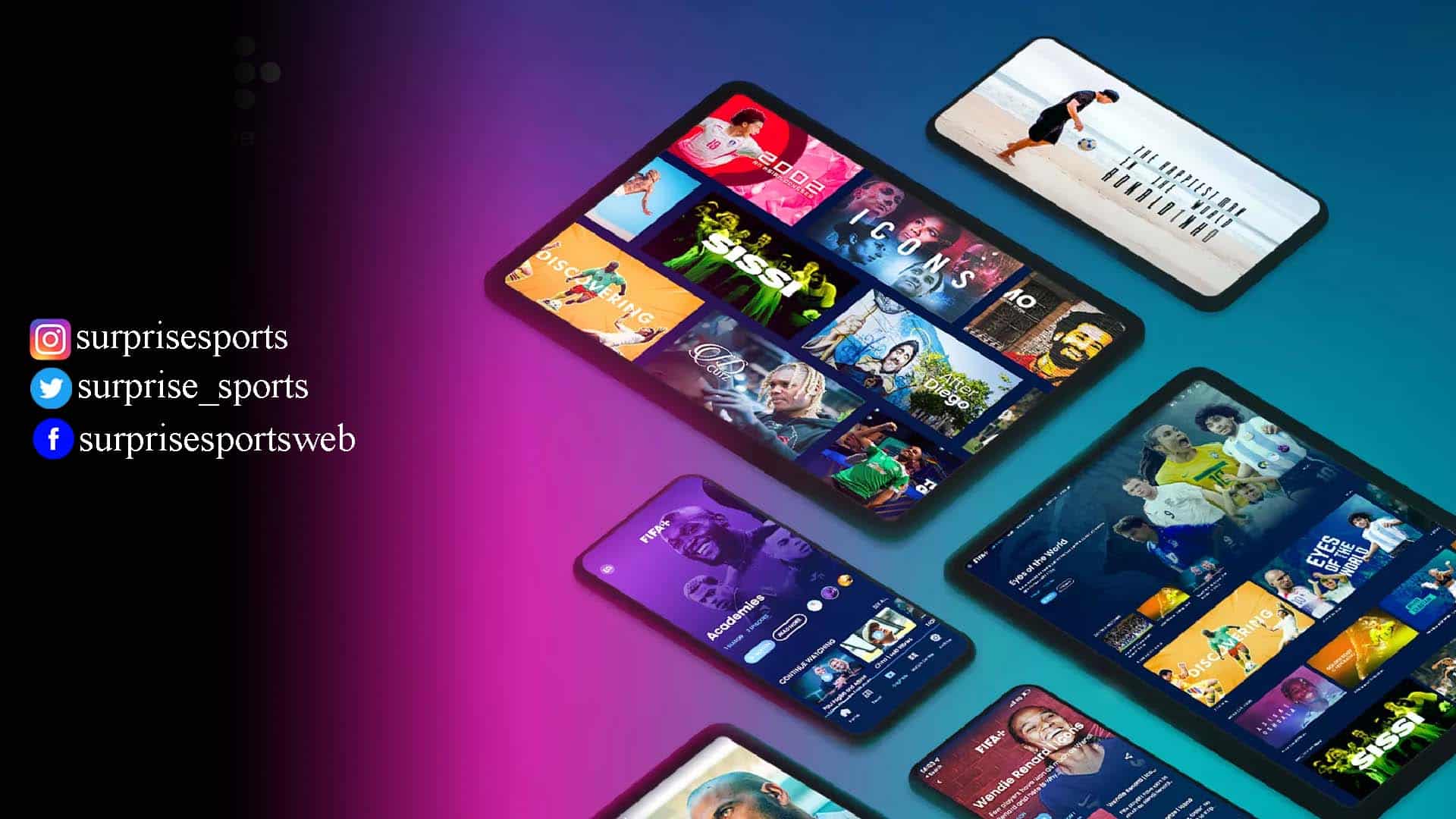 The most anticipated sport of all time, FIFA World Cup 2022, the most renowned football tournament, has returned to us for the 22nd time with a series of bangs! All the fans are excited at the prospect of the 64 matches between the 32 teams leading to the eventual victory. It is being held in Qatar, where tickets are scarce and expensive.

But of course, some of us need to watch it online because going to Qatar is not easy. The easiest way to live stream the matches online for free is on the live app, “FIFA+.”

Keep reading to learn more about how to watch the matches on the FIFA World Cup live app – “FIFA+.”

FIFA+ is a world-class live-streaming platform curated specifically for football fans. It was released on 12 April 2022 globally as a mobile and web application.

The app will provide users with access to the following services:

This is the first app produced by a sports confederation to provide such an extensive field of resources to its fans. They claim that by the end of 2022, they will have the streaming equivalent of 40,000 matches yearly!

What can we watch on FIFA+?

The FIFA World Cup live app will include games from 100 different Member Associations from all six considerations consisting of 11,000+ women’s matches. They will be covering everything from the top European leagues to the previously unstreamed competitions from around the world in men’s, women’s, and youth football.

Related
How to Watch the FIFA World Cup 2022 in Kazakhstan

They also claim to have an archive of all the previous World Cups and Women’s World Cups too. This archive will be fully accessible for free to all the fans. They can watch full match replays, highlights, goals,  and legendary moments all in one place dating back to the 1950s!

They will also create original content which will feature full-length documentaries, docuseries, talk shows, narratives, and shorts. They will be available in 11 different languages for 40+ country residents to enjoy.

Some of the exclusive world-class titles we can look forward to are as follows:

Ronaldinho: The Happiest Man in the World – This is a 90-minute-long feature-length documentary film directed by Stuart and Andrew Douglas. It will tell us the unique tales of legendary players’ lives before their rise to fame as FIFA legends.

Captains: This is an 8-part series, and so far it only has 1 season directed by Fulwell 73. It follows the story of 6 captains as they guide their countries through the qualification process for the FIFA World Cup 2022. It is made to feature the eccentric leadership skills of each team’s captain.

Croatia: Defining a Nation – This is another feature-length documentary film directed by Louis Myles. It tells us the story of how football unites Croatia as a nation. It also shows us the struggle of how a group of friends reached global recognition against a negative background.

HD Cutz: This is also another 8-part documentary series produced by MOTIF Pictures and Fever Media. It features everything from the barber who works as a hairstylist for the players to the star Sheldon Edwards talking about food, fashion, health, music, and, periodically, football.

Dani Crazy Dream: This is a 6-part documentary film series where each episode is 30 minutes long. It features Dani Alves’ journey to getting into the FIFA World Cup 2022, held in Qatar. It is produced by Alves’ own production company, Maracanã Media.

Golden Boot: This is a 4 part documentary film series where each episode is 48 minutes long. It is produced by Goalhanger Films. It shows us interviews held with the incredible FIFA World Cup goal scorers.

Icons: This is a 5 part documentary series where each episode is 26 minutes long and produced by Noah Media Group. It features five of the biggest game changers of Women’s games: Wendie Renard, Lucy Bronze, Asisat Oshoala, Carli Lloyd, and Sam Kerr. They tell their life history in their own words.

Academies: This is a series with 3 episodes and each episode is 30 minutes long. This documentary shows us an inside scoop into the greatest production lines in the football world from Shoot the Company. Season 1 tells us the story of RSC Anderlecht.

How to Watch World Cup Matches on FIFA+

FIFA+ is available on PC, Mac, and as an application on Mobile. It is a completely free service that can be accessed easily. The steps you need to follow to access the services are as follows:

Overall, we’re looking forward to an amazing tournament this year with our favorites and every other nation playing. All 64 matches of the FIFA World Cup 2022 look to be able to make the audience riled up and make them crazy with the suspense of waiting to know who shall be the victor this year.

Related
How to Watch the FIFA World Cup 2022 in Kosovo

So make sure to follow the steps above and sign in to FIFA+, the FIFA World Cup live app. Sit back, relax and enjoy the matches by streaming them for free on the app!