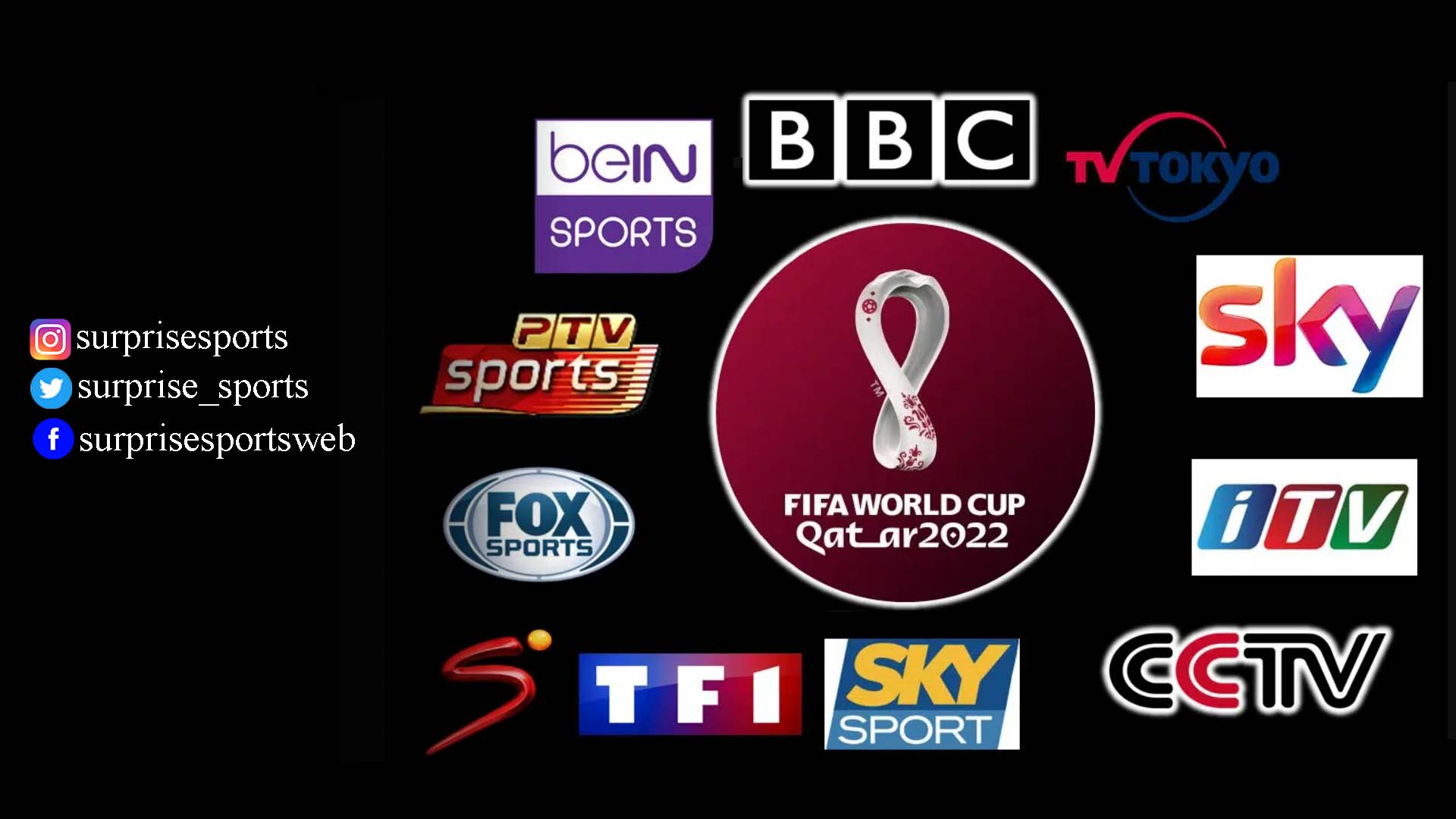 Like each World Cup, the event will bring together top national teams from all over the world to fight for the top award in soccer. The FIFA World Cup is the most prestigious sporting event and is broadcast to millions of viewers around the globe.

In this article, we have discussed the most impressive FIFA World Cup TV coverage and the complete official broadcasters list. We hope that you will have a clear understanding of the coverage.

Fox Sports holds an English-language broadcast on all 64 games played in the USA in 2022’s FIFA World Cup. The broadcaster is scheduled to broadcast extensive post-match and pre-match programming from its location in Doha, Qatar. Every game will be broadcast live in 4K through Fox Sports.

The Fox Sports application is available on smartphones, smart TVs, and game consoles. Fox is home to more than half the matches scheduled for live broadcasts, including the opening game in America’s group stage fixtures with Wales, England, and Iran.

Related
How to Watch FIFA World Cup In the Mandarin Language

Tubi has also launched a new channel dedicated to the World Cup named “the FIFA World Cup FAST Channel, which will be offering World Cup match highlights from Qatar as well as analysis and other content from previous World Cup editions. The entire 64 games of 2022’s World Cup are set to be available for streaming on demand and will be released as replays.

Although most broadcasts of the live World Cup 2022 matches are scheduled to air on their flagship channel, Telemundo and its sister channel Universo are set to participate in live coverage during Matchday 3 of the group stage, with each channel broadcasting eight matches during that time.

All games played on Telemundo are expected to be covered by in-depth post- and pre-game programming analysis and lengthy highlights. For those who use Telemundo’s app, it is a natural extension of the sports coverage of linear broadcast networks.

OTT streaming subscription services fuboTV and Sling TV will benefit from partnerships in 2022 with World Cup rights holders Fox and Telemundo in the USA. The tournament and its coverage on the networks available on Sling’s platform for paying subscribers.

Under the government’s and FIFA’s agreement, every World Cup event will be shown on free-to-air channels within the United Kingdom. BBC and ITV have the right to broadcast the 2022 World Cup, and both channels are free to air.

The two channels will not just offer live-action on U.K. terrestrial TV. Still, they also have online streaming access to all U.K. citizens via their official website and mobile applications.

Within Sub-Saharan Africa, SuperSport’s pay-TV broadcast rights have been extended to cover all platforms that are accessible, which allows fans to stream every one of the 64 FIFA World Cup 2022 games live on the channel.

FIFA officials have issued announcements of broadcasters across all nations. The good news is that you can select your preferred viewing channel when your country is participating in this year’s World Cup. Also, if your nation is a fan of the FIFA World Cup, you’ll never want to miss the event.

Get an idea about the World Cup TV coverage in 2022? The FIFA World Cup 2022 is fast approaching, and many fans across the globe are wondering how they can catch the action live and via streaming on the internet.

There are various ways to watch the FIFA World Cup 2022 live streaming, whether from the UK, USA, India, Australia, or elsewhere.

The 2022 FIFA World Cup will be live-streamed in English on FOX Sports (FOX and FS1).

SBS On Demand, you can watch every 2022 FIFA World Cup game LIVE and FREE.

In some countries, yes! However, most participating countries have their match with free-to-air networks. The remaining games are played on premium networks.