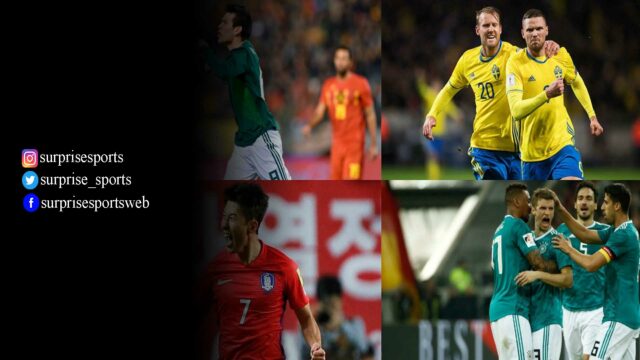 There are only a few months left before the FIFA World Cup. This year, Qatar is hosting the highly anticipated quadrennial event. Eight stadiums will host the event across five cities. Fans are eagerly waiting to see the event kick-off.

Group A contains the host country Qatar. It also has Senegal, Netherlands, and Ecuador. The group favorites are Senegal and Netherlands in group A. Fans will be looking forward to their face-off on 21 November. Qatar will make its World Cup debut this year. As such they are expected to give a decent performance along with Ecuador.

The B Group has two big competitors. The USA and England will have a good clash among them. While Iran is considerably strong, fans are more akin to the previous western teams. Recently Wales got their FIFA 2022 ticket. Wales is considered to serve a good match against England.

While the group could lead to a group of death, the performance of these teams isn’t always on top. As such, fans expect the group to be one of the more competitive this year.

­­­­The favorites of Group C are Argentina and Mexico. They have had a long-standing rivalry. As such football enthusiasts worldwide will look forward to their face-off on March 24.

Both Saudi Arabia and Poland are two taught teams in their respective league. Still, compared to big leagues like Argentina and Mexico, they will need both peak performance and great fortune. Fans are anticipating the Lionel Messi vs Robert Lewandowski match. But this group is far from being a group of death.

Group D features an underdog team, Australia. But France and Denmark will have the group’s spotlight this year. France is the winner of the World Cup 2018 in Russia. Both the European teams have been in their peak form recently.

While Australia has been a decent team since 2006, France being the previous champion is a fan favorite. As so, everyone will look forward to France vs Denmark match. This reduces the likelihood of this group being group of death.

The two European teams Spain and Germany are easily the fan favorites here. Japan is the best team from the Asian side too. As such, neither of the three teams will take each other lightly in this group.

Costa Rica is notorious for having horrible tournament luck. However, their performance against New Zealand in CONCACAF showed promise. This group consists of four fiercely competing teams. So, it will be regarded as one of the top groups of death candidates.

Group F has the most evenly matched teams. Canada, Morocco, and Croatia have been very competitive in confederation matches. Belgium achieved third place in the 2018 FIFA World Cup. In theory, the four teams will be a significant threat to one another. As a result, this group is also a possible contender for the group of death.

Group G is another group with four highly competitive teams. Brazil is one of the best national football teams. Cameroon is regarded as the most dangerous squad in the CAF.

Serbia and Switzerland, while not as aggressive as the other two, are notorious for their cold technical playstyle. The group will be an exciting one for European fans. It will be a decent contender for the group of death.

Fans will be looking forward to Ghana vs Uruguay match on December 2. The Asian team, South Korea won’t pose a threat to them. Portugal is very popular for featuring the legendary player Cristiano Rolando. But his solo performance won’t take a cut for the whole team. As such, their national performance haven has never been that great. While The group isn’t as anticipated as the others.

For now, Group E seems like the toughest competitive team. The four teams will be significant threats to one another. However, they are only theoretical assumptions. When the event begins, only their in-game performance will reveal who is the best.