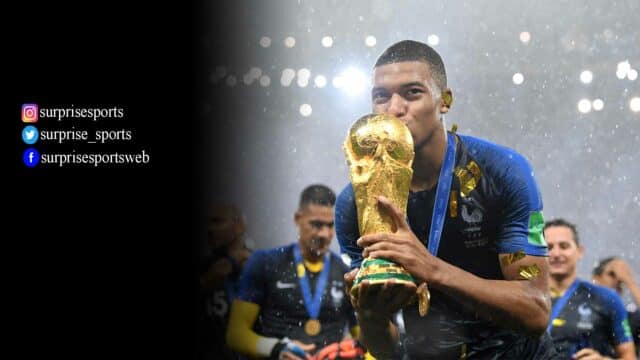 Just over 20 years ago, the most spectacular result in World Cup history occurred. In one of the opening games of the 2002 tournament in Japan and South Korea, the champions France were humiliated by Senegal. The Senegalese had a talented team, of course, although many of us found this out in hindsight, but this was the golden generation of French football, a team that had won the World Cup in 1998 and the Euros in 2000. The result sent the French into a tailspin, and the holders eventually crashed out of the World Cup without winning a game.

Twenty years later, France will head to the World Cup once again as defending champions. The Qatar World Cup will see France placed in Group D, alongside Denmark (who also beat them in 2002), Tunisia, and Australia. On paper, it’s a decent group for the 2018 winners, but, then again, France’s form has not been great of late.

Indeed, it’s worth pointing out that France is on a streak of four games without a victory, which is not the kind of form that the holders want to be taking into a tournament. While France remain second favourites (behind Brazil) with the majority of sportsbooks, anything can happen during the World Cup. It’s one of the reasons that live betting on games is so popular, as the whole narrative can change in an instant.

While, as mentioned, France have avoided a Group of Death scenario, Group D does have some potential banana skin situations. Denmark, in particular, will be an interesting foe, given the Danes beat France 2-1 in the UEFA Nations League in March. Tunisia are a dogged team, and one that might surprise us all at the FIFA World Cup Qatar. The Australians are arguably the weakest in Group, but they have taken a tough route through qualifying and will be battle-hardened.

But the main problem with France at the moment lies in the squad itself. Several key players have issues that coach Didier Deschamps will want to be resolved before the World Cup. Paul Pogba, for example, has seen his triumphant return to Juventus soured by the news that he has picked up an injury, which may require surgery. N’Golo Kante, once the key player in France’s midfield, has had a tumultuous year. Raphael Varane has spent more time injured than not since his move to Manchester United. Oliver Giroud will be 36 when the World Cup comes around. These were all key players for Les Bleus at the 2018 World Cup.

Of course, there are bright spots. In Kylian Mbappé, the French can call on one of the world’s most explosive strikers. Joules Koundé has established himself as one of the world’s best defenders, and a move to Barcelona beckons this summer. Deschamps can call on other talents from around Europe’s top leagues, but the pool of promising young players does not feel as deep as it did back in the middle of the last decade. Football is all about cycles, and you feel France’s current golden generation is coming to the end of theirs.

We should finish by saying that it will be one of the greatest shocks in modern football if France fail to qualify from Group D. There might be some parallels with 2002, but only to a certain degree. Still, it does not feel quite right to label Les Bleus as second favourites for the tournament. Every tournament sees at least one big team really disappoint, and there are some warning signs that France could be that team in Qatar.

Five Teams to Look Out for at Qatar 2022