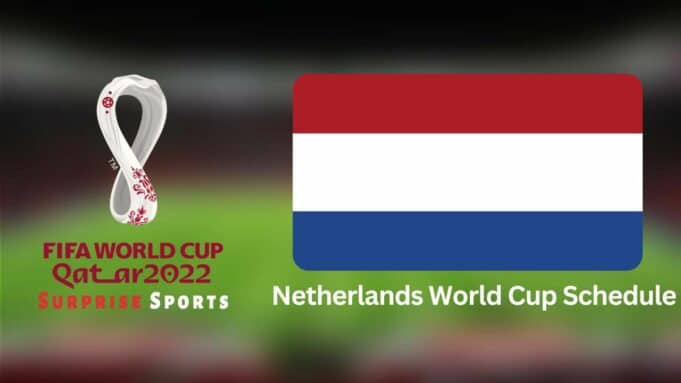 We are only days away from the FIFA World Cup 2022, starting on 20th November in Qatar. The Netherlands is back in the biggest football tournament on the planet after missing out on the last edition four years ago. In this episode, check out the Netherlands World Cup Schedule 2022 and mark our calendar.

It had been a heart-breaking couple of tournaments for the Oranje. They lost the 2010 World Cup Final against Spain by Adreas Iniesta’s only goal deep into extra time. The Netherlands was knocked out four years later by Argentina in the semi-finals in penalty shootouts.

The Netherlands will play in Group A in the FIFA World Cup 2022.

The Oranje will play their World Cup opener against the African Champions Senegal on 21st November. Then, they will take Ecuador before playing against the host Qatar.

*All times are in GMT

Who could be the Round of 16 opponent for the Netherlands?

Group A teams will play Group B in the Round of 16. Hence, the Netherlands’ Round-of-16 opponent could be England, USMNT, Wales, or Iran.

ITV and BBC will broadcast the World Cup coverage in the UK. Fans can watch the matches live on BBC channels and ITV. The cable cutters can use BBC iPlayer and ITV Hub to watch the live stream.