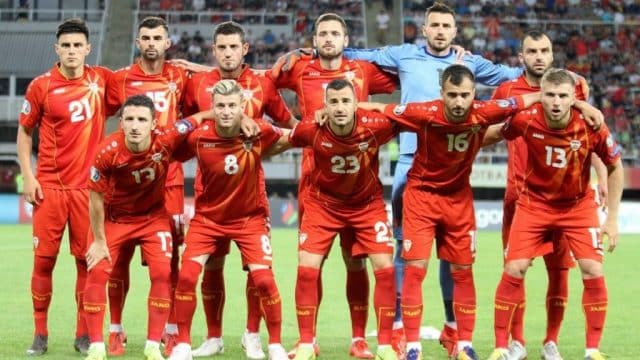 World cup play-offs: Five days after achieving the feat against Italy, North Macedonia will try to validate its first ticket to the World Cup by having Portugal at home.

Ezgjan Alioski does not hide the “dream” of the country of fewer than two million inhabitants: “We do not want to hurt Ronaldo’s career, but we think we can win against Portugal.”

With its brilliant blow against Italy, North Macedonia is preparing for its “most difficult” match against Cristiano Ronaldo’s Portugal on Tuesday to realize the “dream” of an entire country to play a first World Cup in Qatar.

The team of the small Balkan country comes to the play-off final in full confidence after its victory in Palermo against the Nazionale (1-0), deprived of the World Cup for the second time in a row.

“Frankly, it could be one of the toughest and most exciting games for all of us,” attacking midfielder Elif Elmas said on Sunday.

We will have 90 minutes to realize our childhood dream, not just our own, but that of the whole country. We have to realize that we can’t miss this chance.”

Related
How to Watch the FIFA World Cup in China