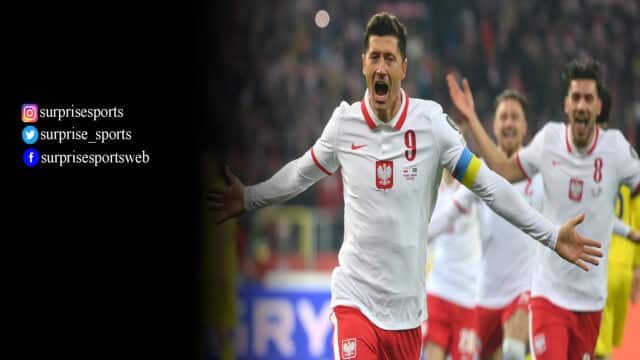 It has been four years since the last World Cup in Russia. The fans will be over the moon to realize that the FIFA World Cup 2022 is just around the corner. It will go underway on 20th November in Qatar. After finishing at the bottom of the group last term, Robert Lewandowski and co. will visit Qatar with new hopes. Let’s mark the calendar with the Poland World Cup Fixtures 2022.

Despite winning 1-0 against Japan in their opening game, Poland couldn’t pass the Group Stage in the 2018 World Cup. With the skipper Robert Lewandowski in an insane form, could they get the better of Mexico and Argentina this year?

Poland will play in Group C in the World Cup 2022.

Poland will begin their campaign in a crucial opener against Mexico on 22nd November. Both teams would like to take three points before facing Argentina.

Every team will play against each other once in the same group. The top two teams in a group will qualify for the Round of 16.

Who could be Poland’s Round-of-16 Opponent?

Group C will play the Round of 16 against the teams in Group D. Hence, France, Denmark, Australia, or Tunisia could be Poland’s opponents in Round 16.

In the UK, BBC and ITV will cover the entire tournament. The cable cutters can watch Poland’s matches via BBC iPlayer and ITV Hub.