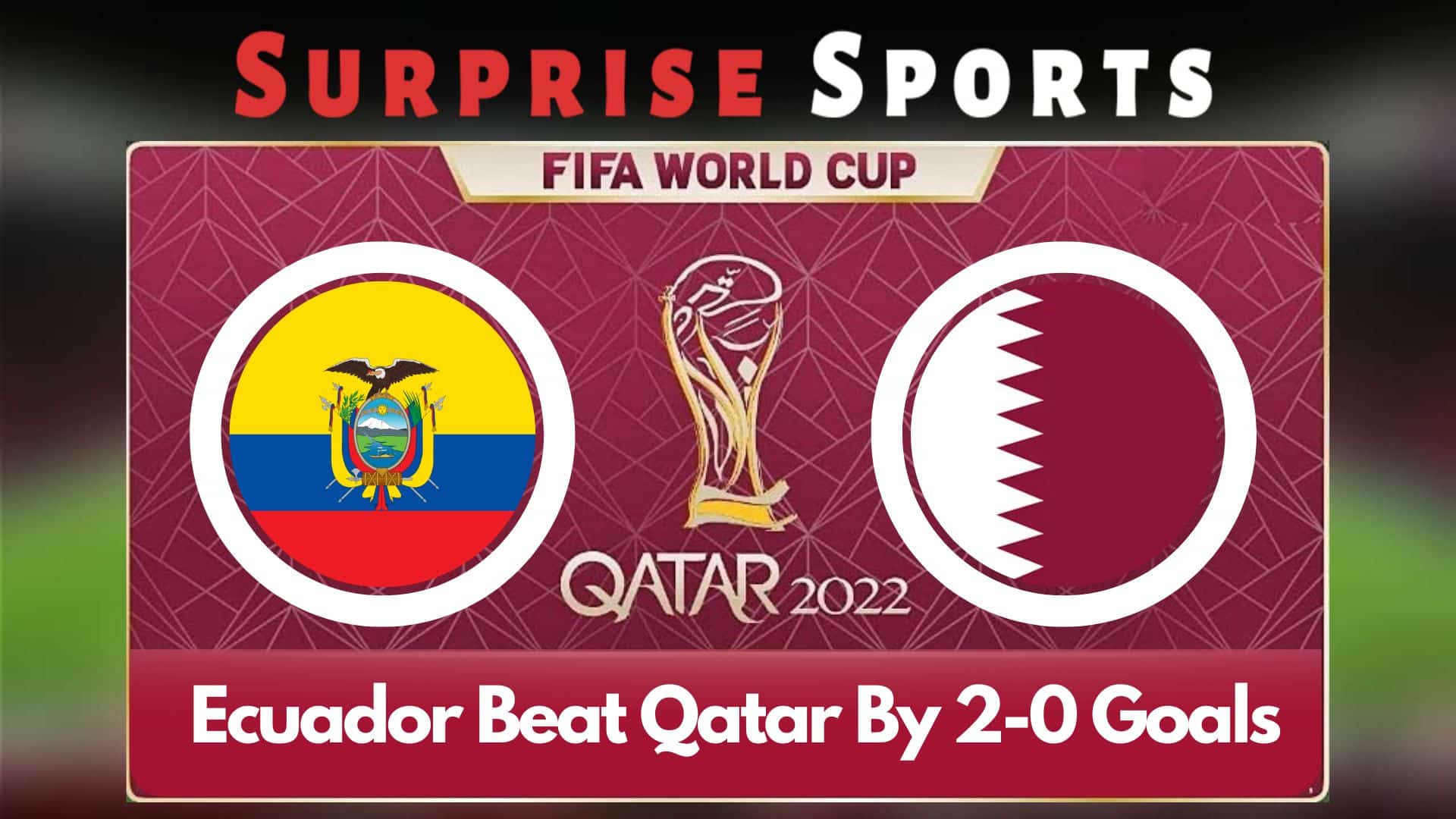 The highlight of the Match: FIFA World Cup 2022 opening has just ended. Ecuador got a perfect start to its World Cup campaign. Host Qatar got a heavy loss in their opening match. (Sun, Nov 20 2022, 22:00)

Enner Valencia is the start of the first half of the match. He sent the ball into the net three times in the opening half. Here are the Highlights of the opening match of the FIFA World Cup 2022.

5’ E. Valencia shoots the ball into the back of the net following a terrible mistake by Al Sheep, failing to punch a simple cross from Torres away from danger. However, the goal is disallowed for offside.

Ecuador immediately starts to capitalize on the hold-up. Ecuador clears and then crosses into Qatar’s area. Montero controls the ball with his chest before being brought down by Al Sheeb. The referee awards a spot-kick and goes back to point to spot.

Valencia doubles Ecuador’s lead with a well-placed header into the bottom-left corner. Caicedo makes a break forward into the Qatar half but sees his initial through-ball blocked. Estrada fails to make contact, but Valencia nods it past Al Sheeb and into the net.

This was a big opportunity for Qatar. Al Haydos delivers a perfect cross into the box for an unmarked Almoez Ali, but the forward can’t convert from six yards out. Qatar will need to step up if they want to get back into this game.

55’ Al Sheeb denies Ibarra with a solid save, Al Rawi gives the ball away to Mendez who then passes it to Ibarra. Ibarra cuts back and shoots with his right foot, but Al Sheeb is able to turn the ball away from the goal.

72’ Almoez Ali had a great chance to score right at the end of the first half, but he didn’t take it and will definitely regret it. He’s been replaced by Muntari now.

Muntari has a chance to score when Hincapie fails to head the ball clear. Muntari takes a shot first-time on the half-volley, but his effort goes just over the bar. So close for the hosts.

The fifth minute of 1st Half:  Valencia’s goal VAR reversed due to offside

Fifteen Minutes of 1st Half: E. Valencia got the 1st goal of the World Cup 2022

Thirty 1st Minute of 1st Half: E. Valencia again the scorer with a magnificent Header.