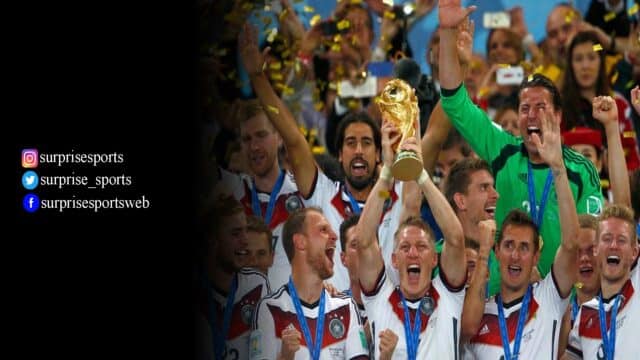 The FIFA World Cup 2022 will kick off coming November 21 in Qatar. Fans all over the world are expecting some great things from this iteration of the event. This might be the last event for some great players such as Lionel Messi, Cristiano Ronaldo, and Neymar Jr. Still, promising newcomers like Matias Soule and Malcolm are always ready to steal the spotlight.

Fans have already started anticipating who is going to win the international tournament. This year many teams have shown promising performance in their respective leagues. As so, it will be an excellent opportunity for newer teams to grab hold of the trophy. Let’s take a look at the top three fan-favorites judging from their performance since the last World Cup.

Brazil is the giant of World Cup tournaments. They have already got a hold of the trophy 5 times from 7 finals. Without a doubt, Brazil is the biggest name in football.

Since their last championship in 2002, the country has produced some big fan-favorite league players. The national team will feature some of the best players this year. Previously in 2019, they won the Copa America. In the semifinals, they faced Argentina. Their performance in the match is considered the best to date. But the following year, they failed to defend the title against Argentina. So, winning the upcoming international title will be a big comeback for them. Furthermore, they finished first in the CONMEBOL World Cup Qualifiers. They won 45 points from 17 games, surpassing Lionel Messi’s Argentina.

In the FIFA rating, Brazil currently occupies the top spot in terms of performance. Fans will be watching to see how well they live up to the hype.

The two-time winner of FIFA World Cups will be defending their title this year. However, no team has successfully managed to accomplish the feat since 1962’s Brazil.

France is having a good run since their last world cup. The team is packed with stars like Kylian Mbappe, Karim Benzema, and Paul Pogba. They dominated in qualifying matches for 2022 FIFA. At present, the team is ranked 4th according to FIFA. They will unlikely lose in the group stage or round of 16 with their usual strategic play.

With multiple rising youngsters and veterans on the team, France is by default a tournament favorite. Fans will anticipate their appearance at the event with great interest.

At present, the Three Lions are lethal competitors on the international scene. Their current squad is one of the strongest the team has ever seen. Previously the team was mocked for losing important matches despite having well-known players. But it is all in the past now. The team reached the Euro 2020 finals recently.

England absolutely dominated the qualifying stage of FIFA 2022. They recently won friendly matches against Switzerland and Ivory Coast with a good goal difference. The team is placed against Iran, USA, and Wales in the group stage. If they can perform well, jumping to round 16 won’t be much more complicated. Starring multiple star players from Manchester City and Chelsea, the team has enough strength to take on the top teams in the event. They are currently ranked 5th among international teams according to FIFA.

The team contains multiple rising stars like Jude Bellingham, Declan Rice, and Phil Foden. It also includes the veteran captain, Harry Kane. As a result, they have a great chance of taking the crown home.

Argentina is definitely the dark horse of the World Cup 2022. While their domestic performance is top-notch, the team has a very inconsistent performance in the event.

Most recently, the team won the Copa America title from the previous owner and their long-term rival, Brazil. They have also consistently performed well in the qualifying stage of FIFA 2022. The team absolutely destroyed Estonia in a recent friendly game. The team is also filled with great veterans like Di Maria, Romero, and Otamendi.

The 2022 World Cup is expected to be Messi’s final World Cup appearance. As a result, none of the teams will make any compromise on giving their best effort in the tournament. Their recent performance peaked them to 3rd position in FIFA world ranking. Which clearly shows their determination.

Multiple teams such as Belgium, Denmark, and the USA have shown great performance in recent times. But the top three favorites have made quite the gap with their performance scale. As such, fans will consider them a few steps ahead to get the international crown than other teams. Which team will win this year’s FIFA World Cup trophy? Let us know in the comments below.