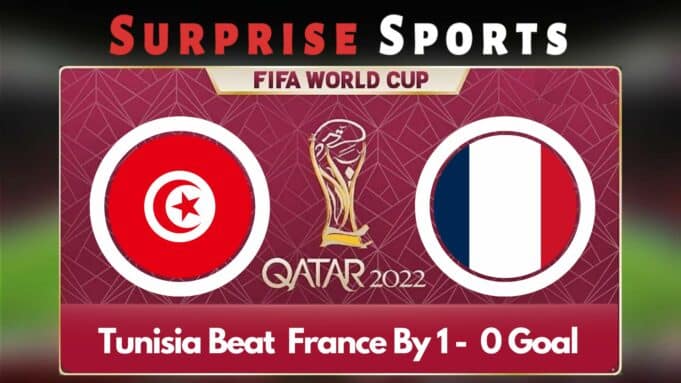 The match is played in Education City Stadium (Wed, Nov 30, 2022). Khazri’s strike in the 58th minute was the game-winner in Qatar. Late substitutions by Griezmann and Mbappe resulted in a goal by Griezmann, which was afterward disallowed by VAR. Having lost against Australia, Tunisia has now been eliminated.

Tchouameni makes the decisive play for France by cutting inside from the left wing after French pressure had finally paid off. Griezmann takes advantage of Tunisia’s sloppy clearance and sends the resulting loose ball into the top right corner of the goal!