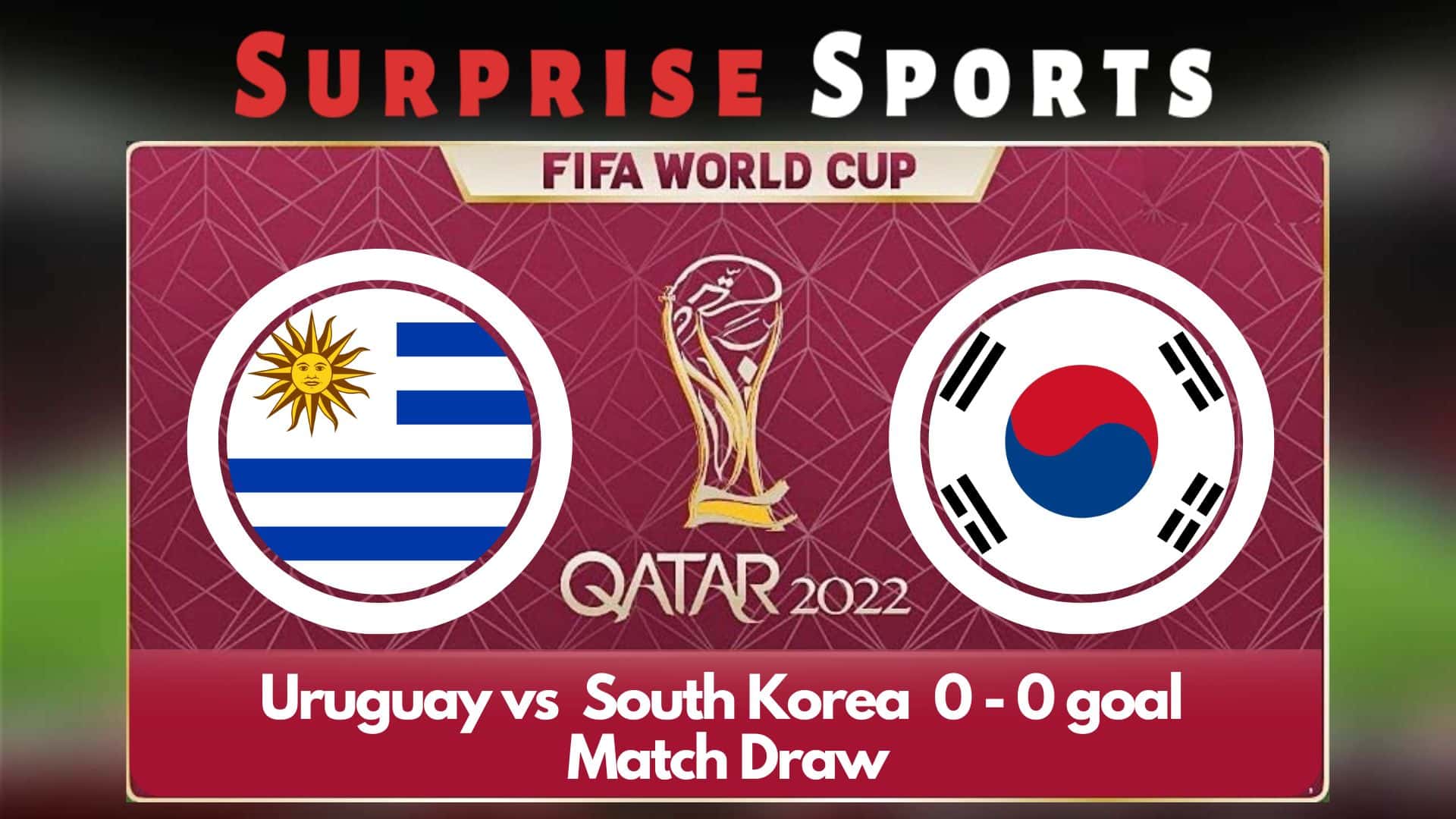 The highlight of the Match: Uruguay will open its 2022 World Cup campaign against South Korea at the Education City Stadium on Thursday. La Celeste has been in excellent form ever since the Coach has taken over from Oscar Tabarez, at the end of last year. (Thu, Nov 24, 2022, 19:00) at Education City Stadium, Doha, Qatar. Ref: Clément Turpin.

It may have the same old-school names you’re used to like Diego Godin, Luis Suarez, and Edinson Cavani, but this national team is shifting in a new direction. You can expect to see young stars like Darwin Nunez, Manuel Ugarte, and Facundo Pellistri snatch up opportunities at international events in 2019. With their talent and this team’s history of being a tough opponent under pressure, it looks like they’ll be going very far in future events.

The captain and talisman, Heung-min Son, will be able to play in this tournament after requiring surgery on facial fractures. There was concern that he would not be able to because of his Champions League duty with Tottenham but he’ll wear a protective mask while Paulo Bento’s side seeks a positive start in what is a very difficult group on paper.

South Korea has not advanced to the knockout stages since 2010. Meanwhile, Uruguay made it to the quarter-finals in Russia four years ago before losing to France. They are now looking forward to the tournament’s next iteration and are hopeful for a better result. Unbeaten in 4 home games and Korea hasn’t lost in the last 6 games. Here are the Highlights Of the Uruguay Vs. South Korea World Cup 2022 Match.

South Korea controlled possession early in the first half. They are trying to create momentum in their ability and will attack the Uruguay defense.

South Korea is likely to score first. They are playing attacking football at the moment. Uruguay as usual playing defensive though they have world class strikers

Gimenez passes to Valverde and he quickly reacts. It was a brilliant attack from uruguay. They are now finding their momentum.

Olivera crossed to Nunenz. Who found himself in a difficult position couldn’t control the ball and lost it. It was a quick counter attack though.

Ui Jo made a huge mistake. He had a clear cut chance to score. He found himself with the Uruguayan Gk alone in the penalty box. But he shot the ball over the Bar.

Uruguay is attacking very well at this moment. But South Korea’s defense is showing good strength. They blocking uruguay’s attack like a pro

Godin wins the header from Valverdes cross. But his header hit the post. Big chance for uruguay. They were very close to scoring the first goal of this match.

Nunez drove into the penalty box and looked for Suarez but Goalkeeper intercepted it brilliantly. Good chance though for Uruguay.

Edinson Cavani In For Luis Suarez.

Woo Young is injured and receiving treatment. He is the key player for North Korea.

Both teams are set back and playing slowly. Maybe they are happy to get 1 point at this moment.

Son tried his luck from distance with a rapid shot. But the shot was aimless and flew past the Goal Post.

Beom shot from long distance but it failed to match the target. Another in vain shot from In Beom.

Possession was evenly shared in the first half by both teams. Uruguay were more dangerous on counter attack. On the other side South Korea were more comfortable when defending and they have not been easy to break down. Asian side will try to play similarly in the second half on the other hand Uruguay have to re-mix their midfield position in the second half.

Ui Jo had the first chance of this match and he missed it miserably. Godin’s header was so close to scoring for Uruguay. Those are the most significant moments of the first half.

Both teams tried to play from the bottom and the eagerness to attack was very low. Uruguay and South Korea started their campaign with 1 point each. Due to first both teams were reluctant to attack more and were compact on the defensive line.

The first half was contested evenly by both teams but the secondary half was relevantly quiet. Valverde hit the post from a long distance in 90 minutes was the major point of the second half. Neither side could find a goal as game finished 0-0