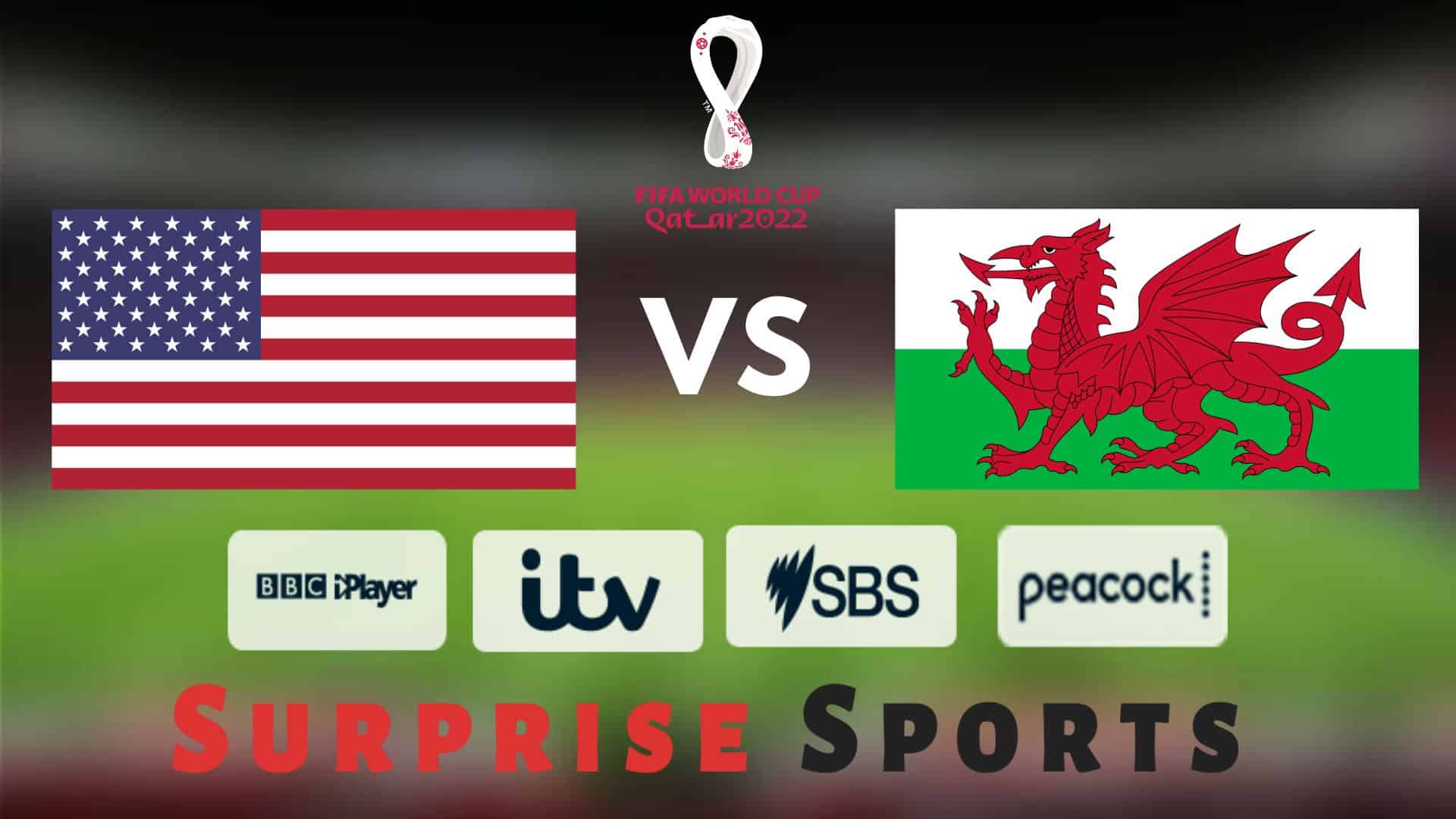 USA and Wales will lock horns to begin their World Cup campaign on Monday in a decisive Group B fixture. It’s a 7:00 pm GMT kick-off at Ahmad Bin Ali Stadium, Al Rayyan. Here you can follow how to watch the USA vs Wales, kick-off time, preview, and prediction.

The USA and Wales kick off their World Cup 2022 campaign tonight in what could be a decisive match. Both teams will face England and Iran in their next two games in a tight Group B.

With England seemingly the favorite to win the group, the USA and Wales will be extra careful about this game.

Wales will play their first World Cup game since 1958. Gareth Bale’s goal in the qualifying playoff against Ukraine sent the nation to Qatar. The former Real Madrid forward will be crucial once again tonight.

On the other hand, the USMNT will play in the World Cup for the first time since 2014. Gregg Berhalter’s team squeezed through the qualification this time, finishing just ahead of fourth place Costa Rica.

Pressure will be on Christian Pulisic and co. who lack momentum head to the tournament. The United States lost against Japan and drew with Saudi Arabia in the September friendlies.

Related
How to Watch the FIFA World Cup 2022 in Uruguay

Both the USA and Wales will look to start their campaign with a win in a tough Group B. However, their recent forms need to look more promising.

After beating Ukraine in the qualification playoff, Rob Page’s side lost 5 games and drew one in the Nations League.

On the other hand, the USMNT drew against Saudi Arabia and lost to Japan in their September friendlies.

Gareth Bale and co will look to exploit the USA backline, which seems shaky. However, it could be a nervy game for both sides. USA 1-1 Wales.

How to Watch the USA vs Wales World Cup Match?

USA’s first World Cup match against Wales will be available live on FOX in the United States. Fans can enjoy the live stream on Fox Sports App. It’s free for Fox Sports subscribers.

All matches on FOX + Telemundo 📺 pic.twitter.com/7W1fN9xvIu

In the United Kingdom, ITV will broadcast the USA vs Wales match live on TV. You can tune in to ITV Hub to watch the live stream. The live coverage will start an hour before the 7:00 pm GMT kick-off.