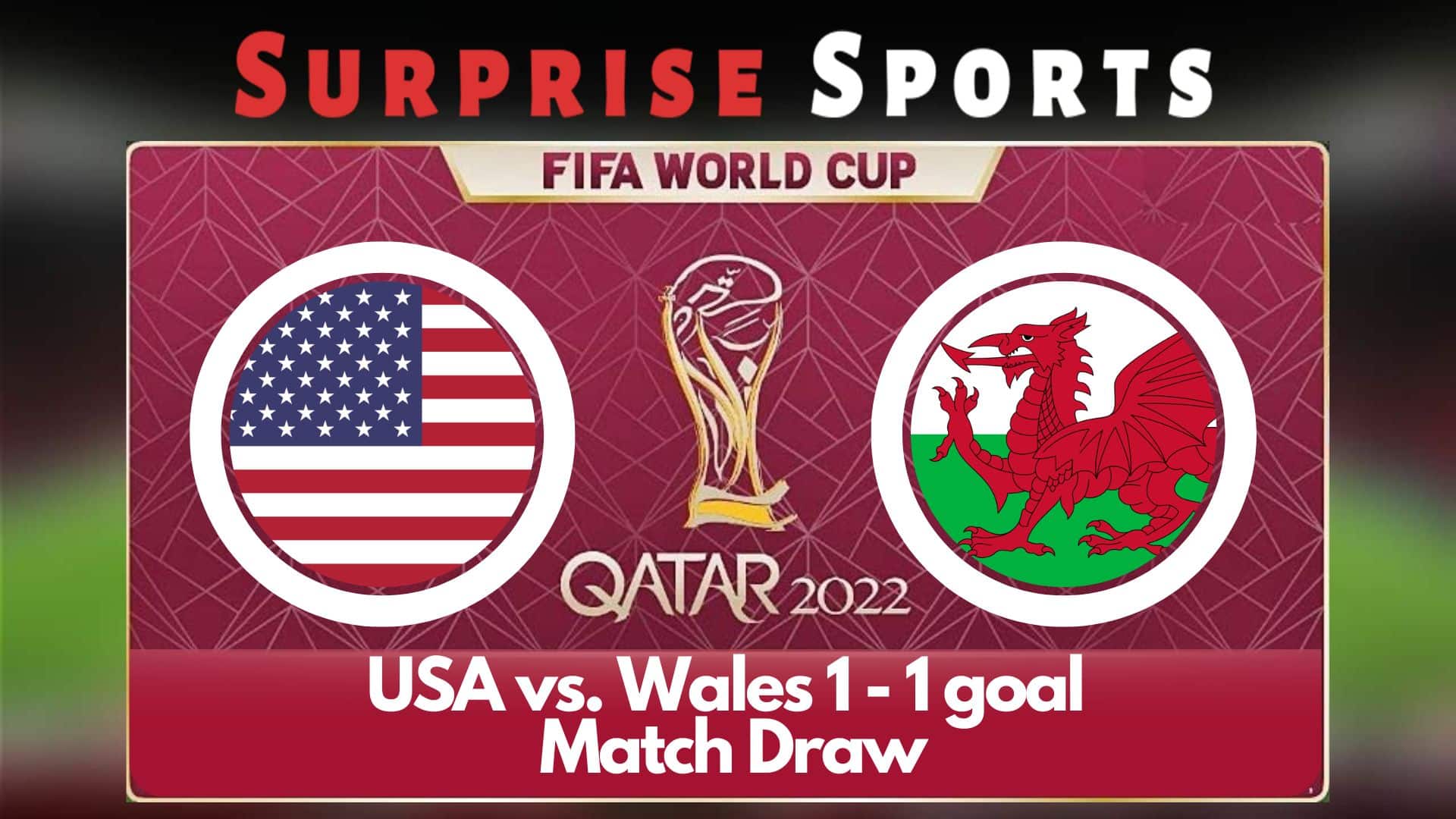 While Christian Pulisic of Chelsea is the starting forward for the United States, Gareth Bale is among the starters for Wales. Bale is also a starter for Wales. Bale became the first Welsh player since 1958 to score a goal at a World Cup tournament. The match is draws as both side scores 1-1

9′ Great Save by Hennessey. Hennessey makes a key save as Weah sends a cross into the middle of the six-yard box, where Rodon nearly redirects it past his own goalkeeper. Reacting quickly, Sargent then fires a low right-handed shot that hits the outside of the post. Wales makes a great escape.

17’ The United States currently holds a possession percentage of 69%. At this point in the match, they are playing at a very high level. The situation is looking bad for Wales. They place a primary emphasis on counterattacks.

35′ Goal by Timothy Weah and assisted by Pulisic

Pulisic expertly threads Weah through, and Weah coolly puts the ball under Wayne Hennessey. The United States attacker pounces on the ball with glee just outside the penalty area, takes a couple of steps, and then slides the ball home past Hennessey to get the game’s first goal!

40’ Yellow Card for Gareth Bale. Bale is given a yellow card for a clear midfield foul on Musah.

It is a smooth-flowing first half. The USA played better football. The only goal gives the USA an advantage going into the 2nd half.

53’ USA takes much defensive approach in 2nd half.  Wales’s change in strategy has given the US more to think about in terms of defense.

Related
How to Watch FIFA World Cup In the Portuguese Language

59’ a great ball for Bale. The USA looks uncomfortable.

61’ USA took charge after nervous 10 minutes. USA should get their focus back here.

64’ Great miss. A hopeful cross from Wales is headed on by Ben Davies, but the ball is brilliantly deflected away for a corner.

72’ Pulisic injured. Taken off the field to receive treatment. He is okay and gets in the field right away. Game restarted.

81’ It’s a penalty! Bale wins the penalty and has a great opportunity to level the score.Referee doesn’t hesitate to give Zimmerman a yellow card for a terrible sliding tackle that knocks over Bale inside the United States’ penalty area.

The game was tied thanks to a penalty kick that was awarded.It was a brave effort to block Bale’s shot, but his power was simply too great.

90’ After avoiding punishment for his foul on Aaronson in the middle of the field, Wilson is now on the ground with an injury.

9 minutes is given as extra time. This could seal a deal for a team as the score is still 1-1.

90+8’ The action hasn’t let up at all, with both sides showing unwavering dedication to their causes despite the fact that many of their men are clearly down to their last reserves of strength.

35 minutes 1st Half – Timothy Weah scores the first goal for the USA in this tournament.

82 minutes 2nd Half – From 12 yards out, Gareth Frank Bale scores for Wales to tie the score.

This is an important of Group B with both sides evenly matched. When the initial rosters for the World Cup in 2022 were announced by either side, there were not many unexpected occurrences. Wales ranked 18th and USMNT ranked 16th in the FIFA World ranking.