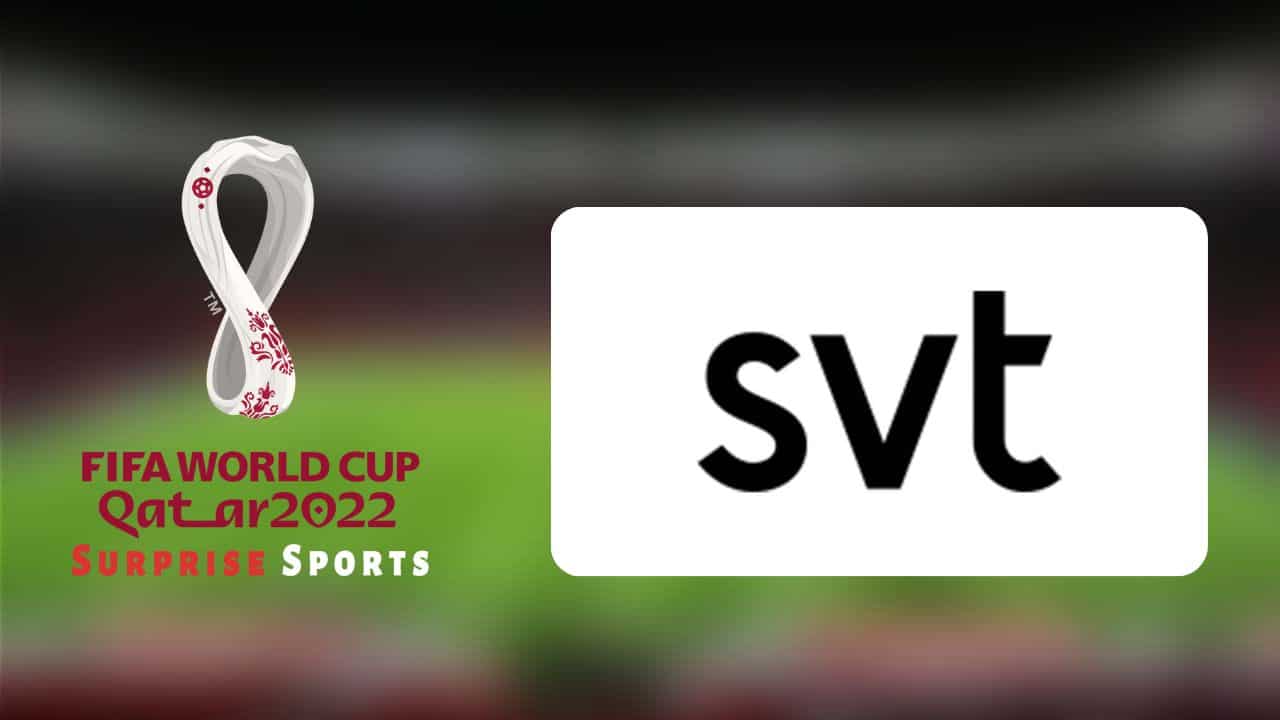 The most awaited 22nd 2022 FIFA World Cup is nearer to showcasing its 22nd thrilling appearance worldwide. Soccer fans across the world are preparing themselves to stream every single heart-taking match from various platforms.

When the fact is about World Cup live streaming in Sweden, SVT becomes the top choice for Swedish people as public service television.

Here we will cover all the queries on how to watch the FIFA World Cup on SVT in Sweden and from anywhere in the world. Keep yourself tuned with this guide till the end!

How to Watch FIFA World Cup On SVT

SVT has acquired the official broadcasting right for the forthcoming Qatar FIFA World Cup 2022. Per the broadcasting rights, it will air 46 of the 64 matches live through the TV Network or official streaming website (svtplay.se). Besides, if you are not in front of your TV, you can use the STV Play app to stream the STV media content.

You can choose the TV channel or its authorized streaming site to watch the World Cup on SVT. Get details below!

SVT is a free-to-air Swedish television channel financed by public service tax. Even all the channels are SVT also broadcast as ‘free-to-air television. It has acquired broadcasting rights for most of the upcoming World Cup matches in 2022.

Thus, Swedish fans can easily enjoy this tournament’s live telecast and coverage without any charge. Just turn on your cable TV and find the SVT channel!

Besides official cable TV broadcasters, SVT is also available as an online streaming service named SVT Play. It is the most popular video-on-demand streaming platform in Sweden. On December 14, 2006, Sveriges Television launched this online platform to provide on-the-go coverage from all the SVT channels.

Unlike SVT public television, it will cover 46 of the 64 matches live, with highlights and updates. Swedish people can avail of this service without any subscription cost.

On top of that, SVT Play can be browsed in every web browser. So, if you are residing or traveling in Sweden, SVT play is a good opportunity to enjoy the world cup matches.

Can I Watch FIFA World Cup On SVT For Free?

Yes! Definitely! As SVT is a public cable TV broadcaster in Sweden, you can watch the FIFA World Cup on SVT television or SVT Play for free. But all the content of SVT airs within Sweden’s geographic limits; thus, the shows are unavailable outside of this country.

For this instance, you will need a premium VPN connection to access the SVT play from wherever you are staying.

Can I Stream On SVT App?

The good news for SVT viewers is that SVT has developed and launched an app to access all the shows on various devices. Since its launch, SVT Play has gained enough popularity among the Swedish people.

The app is compatible with Android phones, iPhones, Smart TVs, and tablets. Additionally, you can easily download and install this application on your preferred device without any subscription cost.

So, if you are searching for a reliable app to stream the World Cup 2022 live match for free, SVT Play is here. Just download the app from the Google play store or apple and add it to your device. Open the app and enjoy SVT live streaming from when and where best suits you.

How to Watch SVT Play Outside Sweden? (4-Steps Processes)

SVT play ensures video-on-demand service without any signup or subscription in Sweden. Unfortunately, it is not available outside of Sweden, and if anybody tries to access it, there will show an error message.

But no worry! You can also get SVT Play abroad as long as you have subscribed to a VPN service. Follow the below step-by-step processes to start SVT streaming from abroad:

A VPN will do the trick when bypassing any regional block. It will let you access that specific server by bypassing geo-restriction. But you must choose a premium VPN service to ensure a strong performance and decent speed.

Here we have recommended some top-class VPNs for Sweden to choose from.

After purchasing any VPN premium plan, it is time to download and install the app on your device. All of our suggested VPN application is available in the Google play store and the app store.

To watch the SVT abroad, accessing your device’s internet on the Sweden server is a must. Open the app and check the server list of Sweden. Choose any available server and connect to it.

Finally, visit the official website of SVT play on your web browser and start streaming SVT anywhere in the world.

Can I Stream SVT Play on my Smart TV?

Yes! The SVT play is compatible with many devices, including smart TVs. You need to add the channel from the app store and enjoy the SVT shows and streaming in HD quality.

Can I get English subtitles on SVT Play?

SVT Play supports TV programs subtitled in about 29 languages and Swedish. Also, many of the shows on SVT Play come with only English subtitles.

SVT is the most convenient way for the Swedish people to stream the World Cup live. There is no hassling of sign-up and expensive subscription charges. Throughout this guide, we have tried to provide the simplest and most efficient method to stream the SVT live!!

That’s all today! I hope that you have no more queries on how to watch the FIFA World Cup on SVT. Thank you for being with us!