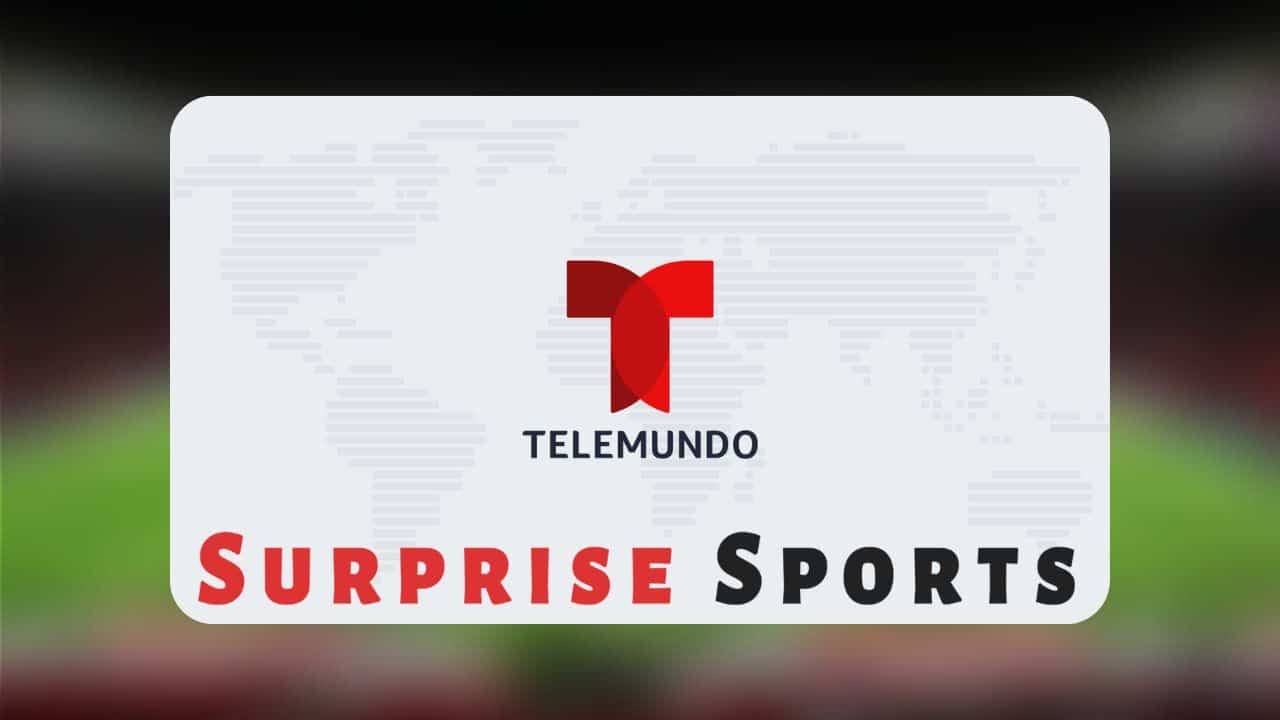 Telemundo is the Spanish-language sports home of the Qatar 2022 FIFA World Cup in the United States. Here is an exclusive guide on watching the FIFA World Cup on Telemundo, rectified on the queries on this fact.  Continue reading to find the detailed Telemundo streaming process on cable TV, without cable, or via VPN if you are not in the US.

You can enjoy Telemundo live quite easily on an over-the-air network. No matter if you don’t have cable TV or a satellite subscription. Still, there is an option to stream Telemundo online in a very cost-efficient way.

Wondering what are those? Stay tuned with us till the end.

Can I Watch FIFA World Cup On Telemundo?

Yes! FIFA has extended its broadcasting deals with Telemundo and NBC Universo in the United States. Following the agreement, both channels will come up with the full coverage of FIFA 2022. Telemundo will telecast 56 matches, and Universo will cover up the rest of the 8 ones. But All 64 games at the World Cup are available on its OTT services.

As mentioned, Telemundo holds the exclusive Spanish-language broadcasting rights of the FIFA 2022 World Cup throughout the United States. Regarding this, it has done all the sets for telecasting live matches on multi-platform. You can stream Telemundo soccer games in various ways.

Let’s have a look at the below assigned three methods to choose from:

Telemundo is the American terrestrial television network and one of the largest providers, owned by NBCUniversal. It is highly known throughout this country for distributing all major sports content, programs, news, shows, and many more, aiming at the Spanish- speaking audiences in the United States and worldwide.

If you are in the US, you can catch the complete FIFA tournament on this channel free over the air. You need a good-quality TV antenna to do so.

Instead, you may contact your cable provider or satellite service to add the channel.

There is nothing to worry about it if you do not desire to watch Telemundo on your TV. Telemundo is offering its streaming via OTT services on various digital platforms, making it a good opportunity for cord-cutting people.

Now, the question would be, where will you get Telemundo without cable?

Many live TV streaming services that carry Telemundo channels on online platforms are available. But as all of them are over-the-top (OTT) content providers, thus you need to sign up to start with that service.

Look at the below table to learn a few ways to watch Telemundo live without cable:

Like TV channels and online streaming on the web, you can watch Telemundo on its application, “Telemundo Deportes.” It will bring the complete coverage of FIFA 2022 in Spanish from linear television networks.

The application supports a wide range of devices to stream Telemundo. You must add the app to your preferred devices from the Google Play store or App Store.

Besides live streaming, you can enjoy in-depth pre- and post-match programming, extensive highlights, and match analysis all in one platform for free!

Can I Watch the FIFA World Cup On Telemundo For Free?

Telemundo is a free-to-air TV network in the US; thus, you can enjoy the FIFA World Cup matches on its TV channels for free in a commercial way. But when choosing digital platforms for streaming Telemundo, you need a premium subscription from any streaming provider. Still, many services offer free trails options to their viewers. But it will be applicable only if you are a newer customer there.

How to Watch Telemundo Outside the USA? (Easy Steps to Follow)

Telemundo is the most popular US-based streaming platform, providing unique and amazing content. But it has licensing agreements for broadcasting only within this territory. Due to geo-restrictions, you can’t access the channel outside this country. But with a reliable VPN, you can easily solve the matter and enjoy Telemundo anywhere in the world.

A VPN will easily bypass all the geo-restrictions and let you enjoy Telemundo’s movies, news, and sports coverage.

Now let’s find out how you will watch Telemundo outside the US with a VPN:

To start with the VPN, your first step is to subscribe to the premium VPN service. Many VPN providers are available, so you have to choose the quality one.

Here, we have compiled an effective list of the best VPN providers, prices, and key services. Let’s have a look through the below table:

After subscribing to the premium VPN, your next step will be adding the app to your device. Download and install the app from the Google Play store and app store for free.

Step 3: Connect to the US Server

Accessing the US server is a must to stream Telemundo outside the US. Open your VPN, sign up and navigate the server list. Here you will find a long list of US servers in various locations. Choose any available one and connect to it.

Finally, open the Telemundo Deportes app and visit any of its streaming providers. That’s all! You are ready to enjoy seamless streaming of FIFA World Cup matches without interruptions.

How to Watch Telemundo Live on Amazon Fire TV?

You can enjoy Telemundo live by subscribing to these streaming services: Peacock TV, fuboTV, YouTube TV, DirecTV, or Hulu TV. Find any apps from the Amazon app store and add them to your TV. By signing up with a premium account, you are good to go for streaming.

Can I Watch Telemundo on Roku?

Yes! Definitely! Telemundo is compatible with a wide array of devices, including Roku. To start Telemundo with Roku, you need to download the Telemundo streaming app from Roku Channel Store, and that’s it! Enjoy streaming!

Telemundo has brought everything for you if you are wondering about a reliable streaming platform for the upcoming FIFA World Cup. It will certainly go-on option for Spanish-speaking people in the US. Worldwide, football lovers can also grab its amazing streaming experience via digital platforms.

To think about this, we have nicely covered our exclusive guide on how to watch FIFA World Cup on Telemundo. I hope that it was an easy and informative read for you! Don’t forget to share your valuable thoughts with us!