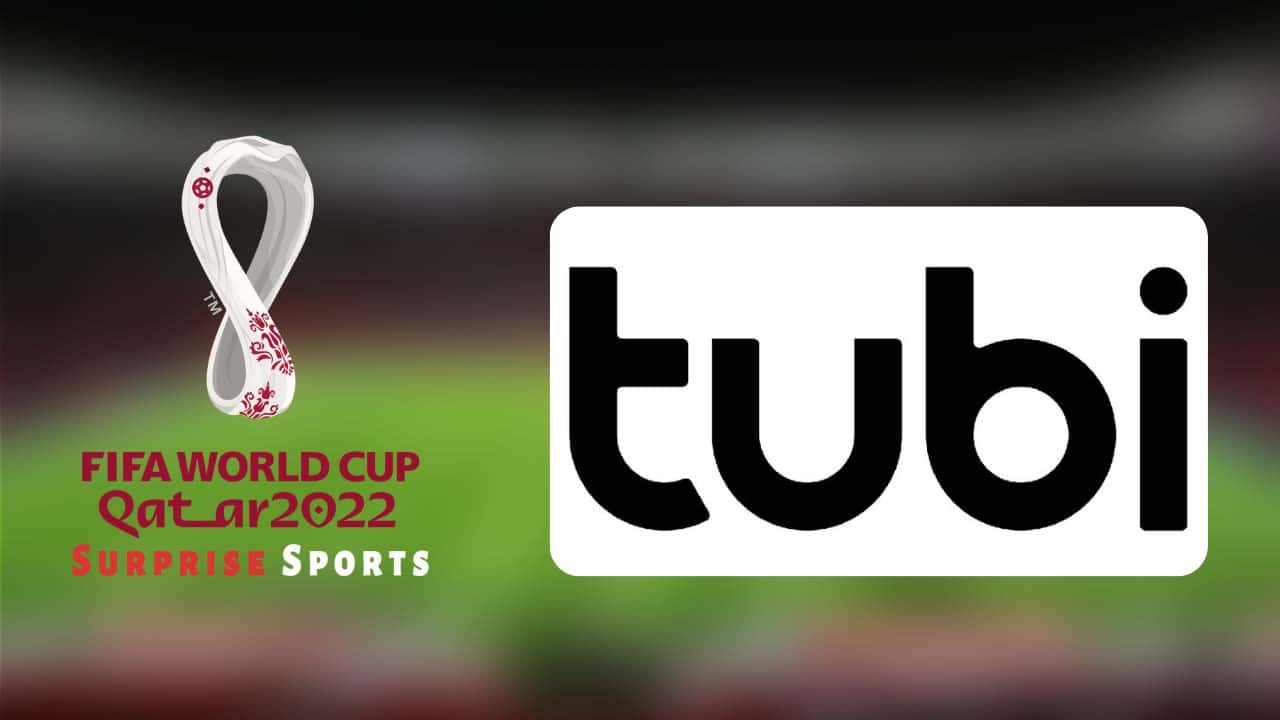 The FIFA world cup 2022 is almost nearer to us. Thus almost all the powerful streaming platforms and TV channels are gearing up for the upcoming tournament. Tubi TV is not lagging on this list. It is a fast-growing streaming platform competing with Netflix, Hulu, and other major channels.

The best part is that Tubi TV could be the most convenient alternative paid subscription option to stream the world cup live. Wondering about how? Read through our extensive guide on how to watch the FIFA world cup on Tubi TV to rectify all your queries.

Can I Watch FIFA World Cup On Tubi TV?

Tubi TV has announced airing all the match replays of the FIFA World Cup 2022 via its official website or app. After signing up with a free account on the Tubi TV streaming platform, you can get match updates or even stream the Tubi effectively. Or, you can watch the games re-air by downloading the Tubi TV app on your devices.

So if you are searching for a convenient way to catch up on the World Cup missed matches on your smartphones, PCs, or laptops, Tubi TV will be the right place to do it.

How to Watch the World Cup On Tubi TV

Tubi TV is the most popular streaming service in the US and many other countries worldwide. It offers more than 20,000 movies and TV shows for its viewers. Unlike other major content, it will be going to cover all 64 matches of FIFA 2022 as a replay.

You must visit Tubi’s official online platform to watch the FIFA games on Tubi TV. The Tubi TV can be accessed through any web browser and smart TV. Besides, you can access this streaming platform via Android or iOS.

Visit the Tubi TV website and then create a free account there. After registering, click on “Start watching.” That’s all done. You will find the matches of the world cup after the game’s end. From there, one can enjoy on-demand world cup streaming in better quality.

Can I Watch it On Tubi TV For Free?

Tubi is a free over-the-top streaming platform. Thus, all the World Cup matches can be accessible as a reply free of cost. But Tubi TV’s all media contents are ad-supported. Thus, you will find commercials before and during watching the match.

Tubi TV is listed as one of the best FOX-owned streaming services packed with everything you want. Local Fox channel of the US will air 35 matches, whereas FS1 will telecast the remaining 29 matches of this tournament.

But all the matches will be available on-demand on Tubi TV. Though FOX is a pay-tv channel, viewers of Tubi TV can enjoy on-demand movies and TV shows, originals, and streaming without subscription fees and credit cards. Just open the channel and start enjoying the streaming.

Can I Stream On Tubi TV App?

Besides the streaming platform, Tubi TV has featured an application highly available on all devices. One can easily download the app on Android and iOS devices. Besides, it is also compatible with Roku, Chromecast, Playstation 4 & 5, Amazon Fire TV, Chromecast Xfinity X1, Apple TV, Xbox One & Series XIS, and Google Nest.

The Tubi application features everything that has on the streaming website. The app’s interface is quick to understand and simple to use, and anybody can operate this with ease.

In the top bar, you will find options for browsing, Movies, and TV shows, including the search bar. From here, you can access the World Cup matches after ending the match. But unlike the website, you will brief ad interruptions while watching the streaming.

How to Watch Tubi TV Outside the USA? (Easy Steps to Follow)

Tubi TV has currently available to viewers in the U.S., Mexico, Canada, Australia, and New Zealand. Thus outside of these regions, the Tubi streaming library isn’t available, and even the app won’t work. But there is nothing to worry about. You will need a premium VPN connection to enter the Tubi TV accessible server.

Tubi TV is available globally. But all major libraries are not accessible everywhere due to geo-restrictions. With a VPN connection, you can unblock its complete content library.

There is plenty of VPN providers available in the market with different services. Thus you might get puzzled while picking the quality one among them.

For your convenience, we will provide a brief table containing the best VPNs list to access the US servers. Here you go!

After purchasing any of the premium VPN plans, follow the below simple steps to get the Tubi TV on your device:

Can I install the Tubi on a smart TV?

The Tubi TV is compatible with almost all smart Televisions, including Amazon Fire TV, Apple TV, Chromecast, and streaming devices. Download the Tubi TV app Smart TVs from the App Store, and you are ready to stream Tubi.

Is Tubi TV avaible in Roku?

Yes! Unlike other smart TVs, you can download and install the Tubi application on your preferred Roku devices from Roku’s Channel Store.

When the term is about online free streaming, Tubi TV comes first as the top choice for soccer fans from the US and other major countries. To think about this, we have nicely covered every possible way to watch world cup matches on Tubi.

Well! That’s all we have! I hope you have no queries on how to watch the FIFA world cup on Tubi TV. Thanks for being with us!!!