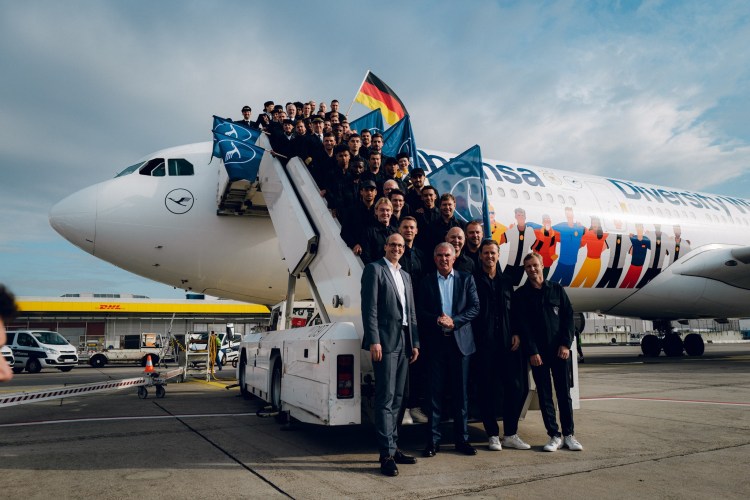 Germany Football Federation has decided to take FIFA to the Court of Arbitration over the ban on the One Love Armband in favor of Qatar Culture.

FIFA had instructed German captain, Manuel Neuer, not to wear the One Love armband ahead of their World Cup opener against Japan which Germany lost 2-1 earlier today, November 23.

If the CAS (Court of Arbitration for Sport) rules quickly that the suspension is invalid, Neuer might be able to start for Germany against Spain on November 27, 2022 in the group’s second match.

The ban on the armband by FIFA has affected DFB. One of the commercial partners, German supermarket chain REWE, failed to renew its deal with the country’s national team.

The news that Germany planned to take FIFA to court came after the DFB claimed the countries that were planning to wear the armband had been subjected to blackmail by FIFA.

The DFB’s media director, Steffen Simon, told the media that England was the first to plan wearing the ban and were subjected to different sporting sanctions, which include one match ban for the Three Lions captain Harry Kane.

German fans have been outspoken in their opposition to Qatar hosting the World Cup, with followers of a number of well-known Bundesliga teams, such as Bayern Munich and Borussia Dortmund, calling for boycotts.

However, the German national team was also receiving criticism for not speaking out more strongly against FIFA’s stance on the armbands.

The German side covered their mouth in protest of the ban on One Love Armband as they prepared to play against Japan.

In addition, various players had criticized FIFA’s decisions. Jamie Carragher, a former Liverpool and England defender, told his national team not to succumb to the pressure from FIFA and make sure they put it on in the next match.

However, the Wales FA seems to be angry about FIFA’s decision not to allow them to wear the One Love armband. The Wales FA will also make its own decision to counter FIFA’s.

Germany is a very strong team and is likely to finish in second place in the group. However, the team suffered a shocking defeat in their game against Japan on Wednesday, November 23..

Hence, Germany need to beat Spain on November 27, 2022, at 8:00pm to boost their chances of surviving in Group E of the World Cup. The last match of the group then comes up against Costa Rica which is also a must-win for Germany.

Before the 2022 World Cup kicked off, Germany was one of the favorites to win the tournament due to the number of world-class players in the team. They are fast and capable of causing havoc for any team they play against. But after their lost to Japan, there is so much doubt about their fate in the tournament.