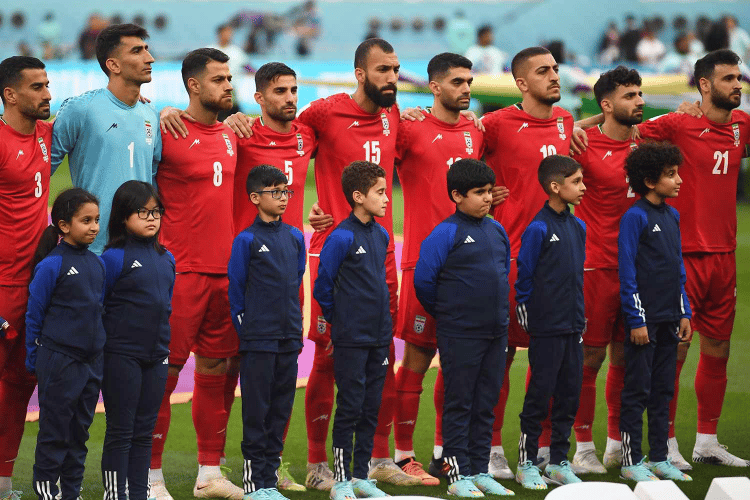 Iran captain Ehsan Hajsafi spoke out against the conditions in his own country before his country’s World Cup opener against England.

In an effort to disassociate themselves from their country’s government’s harsh policies, none of the Iranian team’s players sung the national song before their World Cup match against England.

One official on the sidelines sang, which only served to emphasize his isolation, while the sizable Iranian throng inside the stadium booed the national song loudly.

Women, life, and freedom were written on placards some of the attendees were carrying. Others yelled the name of Ali Karimi, an ex-player and coach from Iran who has openly backed the protests and called on Iranians to demonstrate on Saturday in response to the army’s invasion of the Iranian Kurdish town of Mahabad.

The men’s national football team made the bold decision to forego singing the national anthem during its opening World Cup match against England in support of Iranian demonstrators.

Mahsa Amini, a 22-year-old woman, died while under the morality police’s custody in September, sparking the start of the unrest in Iran.

Since then, protests have spread across the country, calling into question the legitimacy of the administration even as security forces have repressed them. In the bloodshed, hundreds of people have perished.

The Iranian team has previously supported the demonstrators by refusing to perform the national anthem. In order to conceal the national colors for their friendly match against Senegal in late September, the team decided to wear black jackets.

President Ebrahim Raisi met with the players before the team’s flight to Doha for the World Cup. Protesters agitated against the meeting, and on the night before the competition, team banners were set on fire.

“That’s something that also has to be decided about in the team, which we already talked about and obviously everybody’s talking about,” he said.

Some Iran supporters in Qatar expressed sympathy for the demonstrators at home prior to Monday’s game. They were dressed in T-shirts that said “Women, Life, Freedom,” the catchphrase for the movement that has grown since Amini’s passing.

The most audacious action to date from the nation’s top athletes is the football team’s decision to remain silent during the national anthem on the sport’s biggest stage. Players may or may not experience penalties.

Ehsan Hajsafi, a defender, made history on Sunday by becoming the first Iranian World Cup participant to openly support the demonstrations.

Before the game, England also made a powerful political statement by kneeling in protest of racism and inequality. They didn’t kneel during their September friendly, but they have made the decision to do so before each World Cup match.

“We think it is a strong statement to go around the world for young people in particular to see that inclusivity is very important,” England manager Gareth Southgate said on Sunday.

What is Happening in Iran?

In a statement released on Friday, the UN agency for children said it was still extremely worried about reports of children being killed, hurt, and jailed in Iran. It added that the reported killings of children at anti-government protests “must stop.”

An “estimated 50 children have reportedly lost their lives in the public unrest in Iran,” UNICEF said in the statement.

This comes as protesters and activists are increasingly calling for UNICEF, Amnesty International, and other human rights groups to take action on human rights abuses and crimes against children occurring in Iran online as the turmoil in Iran has lasted for more than two months.

Following the passing of Mahsa Amini, a 22-year-old Iranian woman of Kurdish descent who had been detained by the morality police allegedly for failing to properly wear her hijab, the Islamic Republic is now dealing with one of the largest and most significant displays of discontent in recent memory.

According to an Iranian human rights organization, at least 378 people have died since protests started, and the Supreme Leader of the nation has warned that the movement is “doomed to failure.”

The estimated death toll was released on Saturday by the Iran Human Rights, who also noted that 47 minors were slain by security personnel. 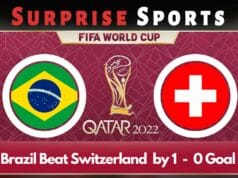