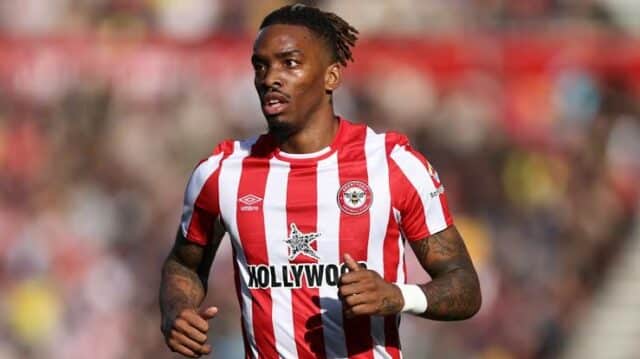 Coach Gareth Southgate has finally given Ivan Toney his first call-up to the England senior national team. Southgate, who named his 28-man squad for the doubleheader UEFA Nations League clash against Italy and Germany, included the 26-year-old as one of his forwards.

Gareth Southgate unveiled his final 28-man list on Thursday, September 15, 2022. The squad will take on Italy and Germany in the 2022-2023 UEFA Nations League.

Most pundits see the list as a clue of who will likely make Southgate’s World Cup Squad. Notable names such as Marcus Rashford and Jadon Sancho are missing from the list. Jadon Sancho is picking form under Erik Ten Hag, but he still fails to make Southgate’s list. While Marcus Rashford is nursing a minor injury he picked up in Premier League matchday six clash against Arsenal.

There are surprising additions to the squad. Manchester United duo Luke Shaw and Harry Maguire have been included in the list despite both struggling to start a match under Erik Ten Hag. Eric Dier also makes a surprise return to the squad with Brentford forward Ivan Toney set to make his debut for the 3-Lions after being called up for the first time.

Who is Ivan Toney?

Ivan Toney played for three years for Northampton’s main team making 53 appearances and scoring 11 goals. In 2015, he joined Newcastle United but struggled for a first-team position making only two appearances for the Magpies throughout his three years spell at the club.

They completed a move to Brentford on 31 August 2020 while the club was still playing in the Championships. He signed a five-year contract after Peterborough agreed to a £5m to £10m deal with add-ons included.

He scored his first goal for Brentford against Milwall on 26 September when he converted a spot kick for the club to settle for a 1-1 draw with their visitors.

Jamaica was on the trail of Ivan Toney as they sought to bolster their 2022 World Cup qualification hopes with some of their nationals plying their trade in Europe. Ivan Toney was earmarked for a call-up, but he rejected a chance to play for Jamaica and instead opted to play for England.

Unlike most England national team players, Toney has not featured for any of England’s junior national team. Still, he has earned a call-up by Gareth Southgate for England’s UEFA Nations League double-header against Italy and Germany.

Ivan Toney has won several individual awards, but he spent most of his career playing in England’s lower division until Brentford gained promotion to the Premier League ahead of the 2021-2022 season.