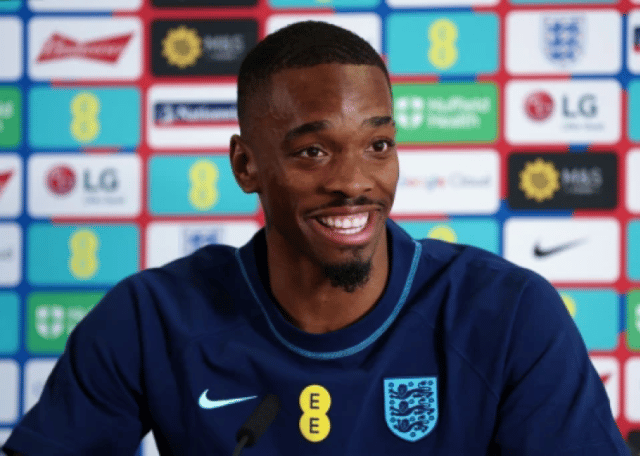 Ivan Toney, a striker for Brentford, acknowledges that after seeing some ‘bit cringy’ social media posts from Arsenal, he had to restrain himself from ‘nibbling’ back at the Gunners.

Last season, freshly promoted Bees defeated Mikel Arteta’s team 2-0 in the season opener. After the stunning defeat, Ivan Toney made a mockery of Arsenal by tweeting that he had a “nice kick about with the boys”.

Mikel Arteta used that joke as motivation when Brentford visited the Emirates later in the season, as documented in the Amazon documentary “All or Nothing“.

In the second meeting between Arsenal and Brentford, the Gunners won 2-1. After the victory, one of the goalscorers for the Gunners then, Alexandre Lacazette imitated Toney’s tweet.

The similar tweet was sent by Arsenal defender Gabriel Magalhaes following Sunday’s victory in west London, and Toney believes the joke has satisfactorily run its course.