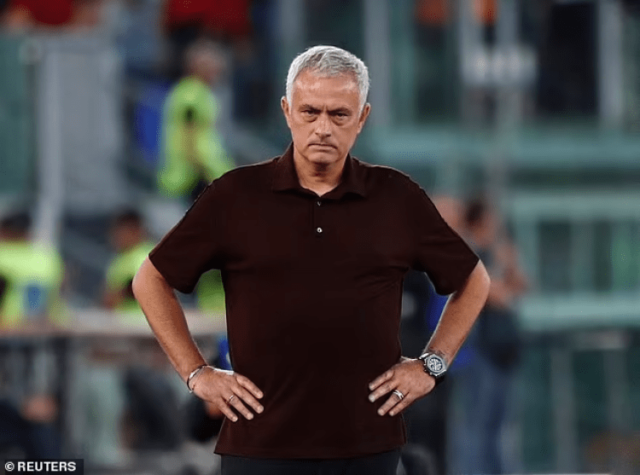 Jose Mourinho, Manager of Roma, has urged his players to begin diving after being dismissed after his team’s 1-0 loss to Atalanta.

Roma was not given a penalty after an incident involving Nicolo Zaniolo, and Mourinho was furious.

Atalanta’s Caleb Okoli and Zaniolo got into a fight, but Zaniolo avoided the box.

Daniele Chiffi, the referee, received harsh criticism from Mourinho, who also suggested that his players must dive to earn penalties.

Jose Mourinho reportedly stated, “There was a very clear penalty,” as quoted by Football Italia. After the game, I questioned the referee’s decision and pleaded with him to be very clear that Zaniolo had not been injured.

‘So therefore I have to change my advice to my players, I have to tell them don’t try to stay on your feet, don’t play the ball, be a clown the way many who dive like they’re in a swimming pool do in this league, because that is evidently how you get penalties.’

Giorgio Scalvini scored the game’s lone goal for Roma, who are now sixth in Serie A as a result of their defeat.