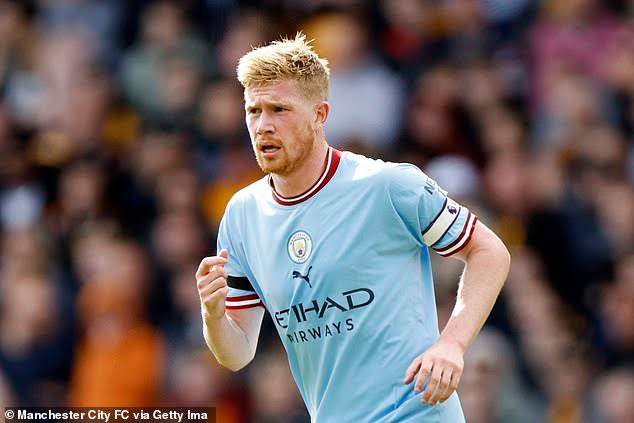 Kevin De Bruyne is on course to bulldoze Premier League assists records. This is not a surprise as De Bruyne has proven himself a top playmaker to be reckoned with since his days at the Belgian and German Leagues. His performance so far at Manchester City has been unrivaled.

De Bruyne provided the two assists that helped City defeat Wolves to top the Premier League table. Already with just seven matches into the season, his assist tally has risen to 6 and has now hit 92, equalling Steven Gerrard’s record with 287 Premier League appearances less than that of the retired England international.

Since joining Manchester City in 2015, Kevin De Bruyne has been a top and unrivaled midfielder for Pep Guardiola due to his brilliance and excellent dribbling and passing skills.

Kevin De Bruyne started his football career with KVV Drongen from 1997 to 1999. He joined Genk in 1999 and played for 6 years before moving to Gent, where he played for three years between 2005 to 2008. After demonstrating sterling football skills, De Bruyne finally made it to the Genk senior team in 2008. In his four years spell with the club, he made 97 appearances, scoring 16 goals.

Related
Heung Min Son Scored Hat-trick in 13 Minutes Off The Bench...is he back?

De Bruyne has played for Belgium U-18, U-19, and U-21 teams, making a total of 19 appearances and scoring 2 goals. He has been capped 91 times in Belgium’s senior national team after making his debut in 2010 and has scored 24 goals.

At Genk, De Bruyne won the Belgian Pro League, Belgium Super Cup, and the Belgium Cup. At Wolfsburg, he won the DFB-Pokal and the DFB Super Cup. At Manchester City, he has won the Premier League, FA Cup, the EFL Cup, and Community Shield.