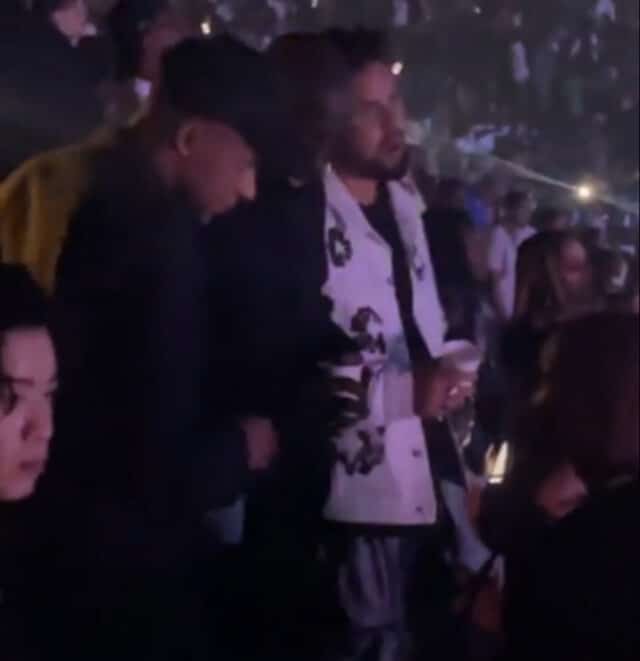 Kylian Mbappe, Achraf Hakimi, and former Twitter CEO Jack Dorsey attended Wizikid’s much-publicized 20,300 capacity Accor Arena show in France. The two PSG stars were spotted, including the Twitter CEO, having a good time among the fans of the Nigerian music star who headlined the mega event.

The Wizkid Accor Arena show, which saw 20,300 seats of the theater sold out, hit the waves on Friday, September 16, with thousands of music lovers thronging the arena for the live music show. Top Nigerian music artists and youngsters also joined the award-winning superstar on the stage. Oxlade, and Idabaton, were among the artists who performed at the event.

Apart from top Nigeria-styled hip-hop musicians, who thrilled the music lovers, the sight of other leading celebrities who graced the occasion also made the headlines, with Kylian Mbappe and Achraf Hakimi of Paris Saint Germain, and Jack Dorsey topping the list.

The Two PSG stars and the former Twitter CEO joined other music lovers in the Accor Arena. As expected, videos of the trio having a good time went viral even before the show ended.

Scenes of football stars attending other events organized by other celebrities are not a strange phenomenon. Although the private lives of these stars remain in the constant glare and focus of the media, the spotlight has always been on their careers.

For Kylian Mbappe, the 23-year-old was known to have been involved in a relationship with French actress Emma Smet, but the relationship was never made public. The two are reportedly no longer together as they are said to have broken up, but details of what transpired between both remain sketchy and off the searchlights of the media.

Mbappe is now known to be dating Ines Rau, a transgender model who rose to prominence in 2017. The two were first seen together at the Cannes Film Festival in May this year, triggering talk of a romantic relationship.

Mbappe was subsequently pictured lifting Rau as the two spent time together on a yacht. Although both have been reported to be dating, it is still unclear how much there is on their relationship.

Meanwhile, the relationship between Kylian mbappe and Achraf have been the subject of media attention since the Morocco international arrived at PSG from Inter Milan. Both players have developed a strong bond of friendship and have been spotted on countless occasions spending time together.

When asked how come about his relationship with Mbappe since arriving in Paris, Hakimi said that the relationship between him and Mbappe ‘happened naturally.’

“It happened naturally, from day one. We are young; we have a lot of things in common, and we are amused by the same things. This friendship makes us better and helps us to be complementary in the field,” he said.