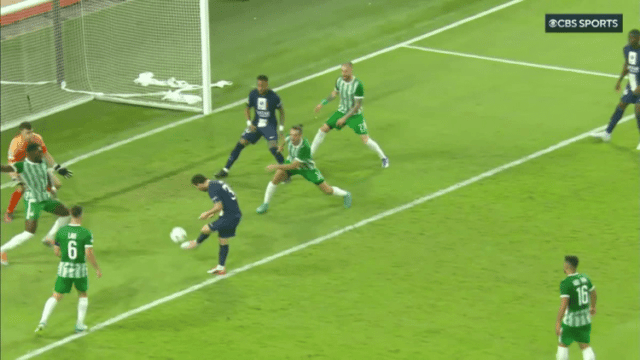 Lionel Messi keeps shattering records in the UEFA Champions League competition despite his advanced age. He has moved above his career rival, Cristiano Ronaldo in terms of the number of opponents scored against in the Champions League.

Before Wednesday’s Champions League match between PSG and Maccabi Haifa, Lionel Messi and Cristiano Ronaldo had the joint record for most teams scored against in the history of the Champions League. Ronaldo may have more goals overall than Messi, but Messi now leads Ronaldo in that category.

In the first half of PSG’s away Champions League group stage matchup against Maccabi Haifa, Messi stood out among the other players. In the first 45 minutes of the game, the Argentine forward scored one goal and produced one goal-scoring opportunity.

Messi’s goal against Maccabi Haifa broke a tie with Cristiano Ronaldo to make the Argentine player the first footballer in the history of the Champions League to score against 39 different opponents.

In total, Messi has now scored 126 goals in the Champions League, placing him second all-time after Ronaldo (140).