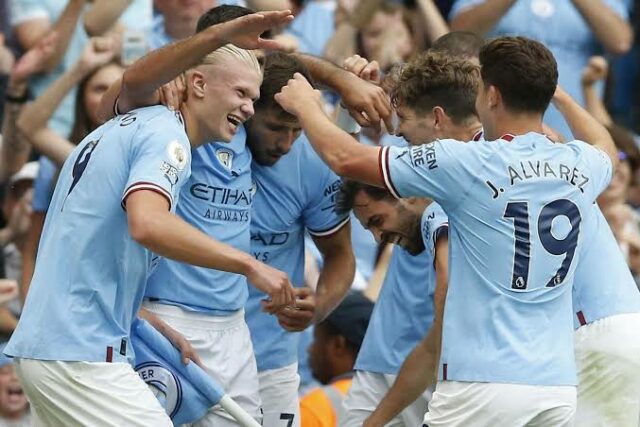 Manchester City has moved to the top of the Premier League standings with a 3-0 victory over Wolves on Saturday.

Jack Grealish’s conversion of Kevin De Bruyne’s ball gave City a lead after just 55 seconds, and they went on to win easily.

The following goal was unavoidably scored by Erling Haaland, who calmly struck the bottom corner from outside the area after advancing on goal unopposed.

When Nathan Collins was expelled for a flying high challenge on Grealish, the Blues’ day became much simpler.

After a superb team play, Phil Foden finished off the scoring in the second half with a lovely flick.

Even if Diego Costa was unable to play for the home team, there would have been some hope of a competitive encounter after City narrowly defeated Borussia Dortmund on Wednesday night.

Wolves are also unbeaten at Molineux this season.