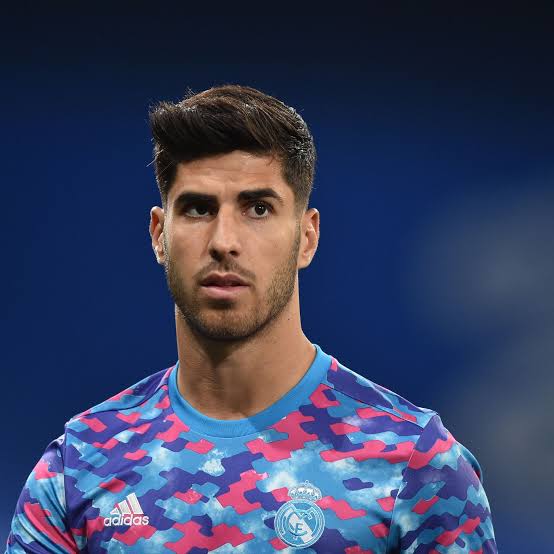 Real Madrid winger Marco Asensio has refused to rule out a possible move to Barcelona as speculations over his Real Madrid future mount. When asked about the rumors linking him to the Blaugrana, Asensio maintained that he has not thought about joining Barcelona but hasn’t ruled it out either.

The future of Marco Asensio at Real Madrid is still uncertain after the latest comment by the Spaniard concerning his future at the Santiago Bernabeu. Although he maintained that he has not thought about joining Barcelona, Marco Asensio refused to deny the possibility of joining the Merengues’ La Liga rivals in the nearest future.

The Real Madrid Career of Marco Asensio is Stalled

Once a wonder kid, tipped to fast track the zenith of his football career at the Spanish capital, the Mallorca-born winger has seen his Real Madrid career suddenly take an unfortunate downturn.

Last season, Asensio managed only 19 appearances for Real Madrid, scoring 10 La Liga goals. As things stand, Asensio might not hit the 19 matches he managed with the team last season. He has only played for 11 minutes so far this season.

Despite his versatility, Marco Asensio has seen his play time reduced and is mostly used as a backed-up winger with the likes of Federico Valverde, Rodrygo, and Vinicius Jr in the team.

Real Madrid reached an agreement with Real Mallorca on 24 November 2014 to sign Marco Asensio. The deal was officially announced on 5 December 2014, with Asensio joining the Spanish giants on a six-year contract estimated at €3.9m.

After 28 goals in 162 appearances for Real Madrid, Asensio is in the final year of his contract and may likely switch to the La Liga rivals as things stand. Rumors of a move started this week after his agent Jorge Mendes was reportedly looking at a potential move for the 26-year-old ahead of next summer.

Marcos Asensio will be a free agent next summer. After struggling with a place in Carlo Ancelotti’s squad, hitting the exit door at the Santiago Bernabeu might be his next plan.

However, he has reacted to speculations linking him to a potential switch to Barcelona. Speaking with station COPE, the Spaniard said he has not thought about moving to the Catalan club although that is not impossible

“Honestly, I don’t know if they have called. A lot of other clubs have been linked [with me] as well”, he said. “But it’s normal because in seven months, well, from January actually, I am free to speak to other teams

“It’s just that I have not thought about [joining Barca] or considered it. Honestly, right now, I can’t give you an answer. I don’t know.”

Born and raised in Mallorcan capital Palma, Marco Asensio joined Real Mallorca’s youth ranks when he was 10 and made his first-team debut at the age of 17. He was previously been scouted by both Real Madrid and Barcelona. Los Blancos eventually won the race, signing him for €3.9m in 2014.

While growing up, Marco Asensio is said to have been a strong supporter of Real Madrid, although his father supported Atletico Bilbao and wanted him to end up there.