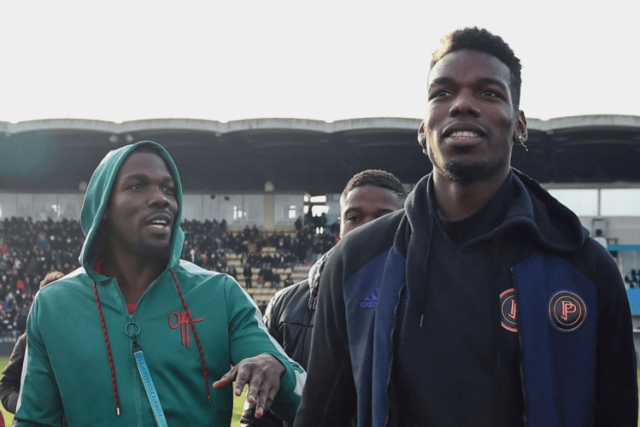 Mathias Pogba, the older brother of Paul Pogba, was detained by police in France after turning himself in. After three other people were detained by French police, he becomes the fourth to be taken into custody.

With his brother, whom he has claimed practices witchcraft, Mathias is involved in a family dispute. Pogba angrily refuted these allegations and then named his brother as a member of a group that was attempting to blackmail him.

Pogba later changed his story and said that he had in fact gone to a witch doctor, but not as his brother had claimed, to have a spell placed on Kylian Mbappe.

Authorities have taken over the issue, according to Get French football news, and this is viewed as the first significant move toward resolving the matter that has threatened to tarnish Pogba’s reputation ahead of a significant football tournament in November.

In comments made public on social media, Mathias Pogba refuted the claims. His attorney reaffirmed his denial of any role in the alleged extortion on Friday.