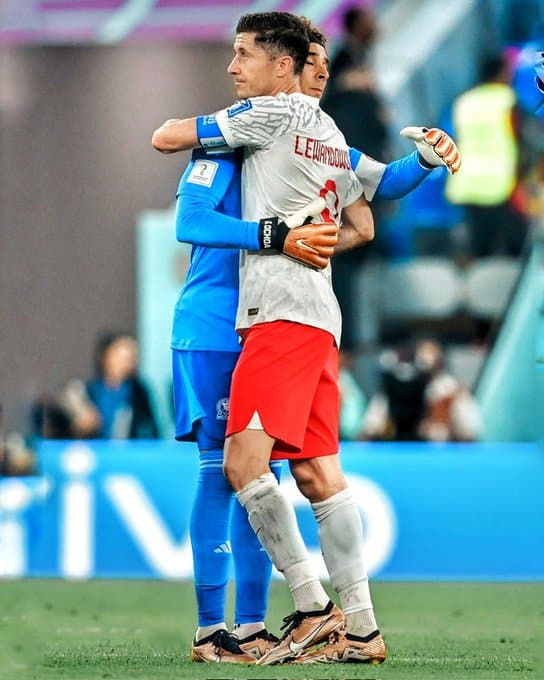 Mexico vs Poland: Guillermo Ochoa saved Robert Lewandowski’s penalty in the 58th minute as Poland played a goalless draw with Mexico in their 2022 World Cup opener.

Lewandowski put the ball in the right place, but the goalkeeper kept his calm and saved the ball from going into the net.

The fans went wild upon seeing the veteran goalkeeper save the penalty. This is Lewandowski’s fourth World Cup outing with Poland, and he had never scored in the World Cup.

Prior to the spot-kick, Moreno met a cross from the left in the 12th minute but guided his header way over the bar and got a whack in the ribs for his troubles.

In the 26th minute, Lozano got yet another chance in the game, which was on target.

The first goal of the match should have been scored after Szczsny rushed out of his goal post to stop Mexico’s Gallardo, who went past the goalkeeper, but Polish defenders were quick to recover and stop the goal.

The first yellow card of the game went to Mexico’s Sanchez in the 29th minute for a pull off the shirt of Poland’s Szymanski. In most parts of the game, there was an obvious lack of intensity that was expected.

In the 52nd minute, Lozano, who has been a nemesis for the Polish players, hit the ball from 25 yards, but it was saved by Wojciech Szczsny. The Juventus goalkeeper was tested virtually from every angle.

Someone from the Mexico bench was booked in the 61st minute, and the manager of Mexico, Gerardo Martino, was left amused about the incident.

In the 64th minute, Alvarez tried a shot on goal, but it was saved by Wojciech Szczsny.

After minutes of being introduced, Frankowski was penalized in the 78th minute after a tackle by Mexico left winger Hirving Lozano.

In the 82nd minute, Poland had a chance to score in the match. A corner came in from the right flank, and it got to the side of Krychowiak, whose effort was blocked by the Mexicans.

At the end of 90 minutes of football, the Mexico Vs Poland 2022 World Cup opener ended in a barren draw thanks to Lewandowski’s missed spot-kick.

How Many Penalty Has Ochoa saved

The veteran goalkeeper had saved 16 penalties, with Lewandowski’s becoming his latest victim. He got his first penalty save on November 24, 2006, in the Liga Apertura competition in Mexico.

In 2012, the goalkeeper saved a penalty in the Ligue 1 match against Olympic Lyon, played by Bafetimi Gomis. In La Liga, he saved two penalties for Granada FC.

On July 2, 2017, Ochoa saved a penalty against Portugal, played by Andre Silva.

Key stats of Poland vs Mexico

For the first time since three-game stretch between 1966 and 1970, Mexico has failed to score in each of their last three World Cup games.

Every time Poland has competed in the World Cup since their first appearance in 1978, they have lost their opening match (D4 L3). Over the course of those seven games, they have only scored one goal.

Only Thibaut Courtois of Belgium has made more saves at the World Cup since his first appearance there in 2014 than Guillermo Ochoa of Mexico.