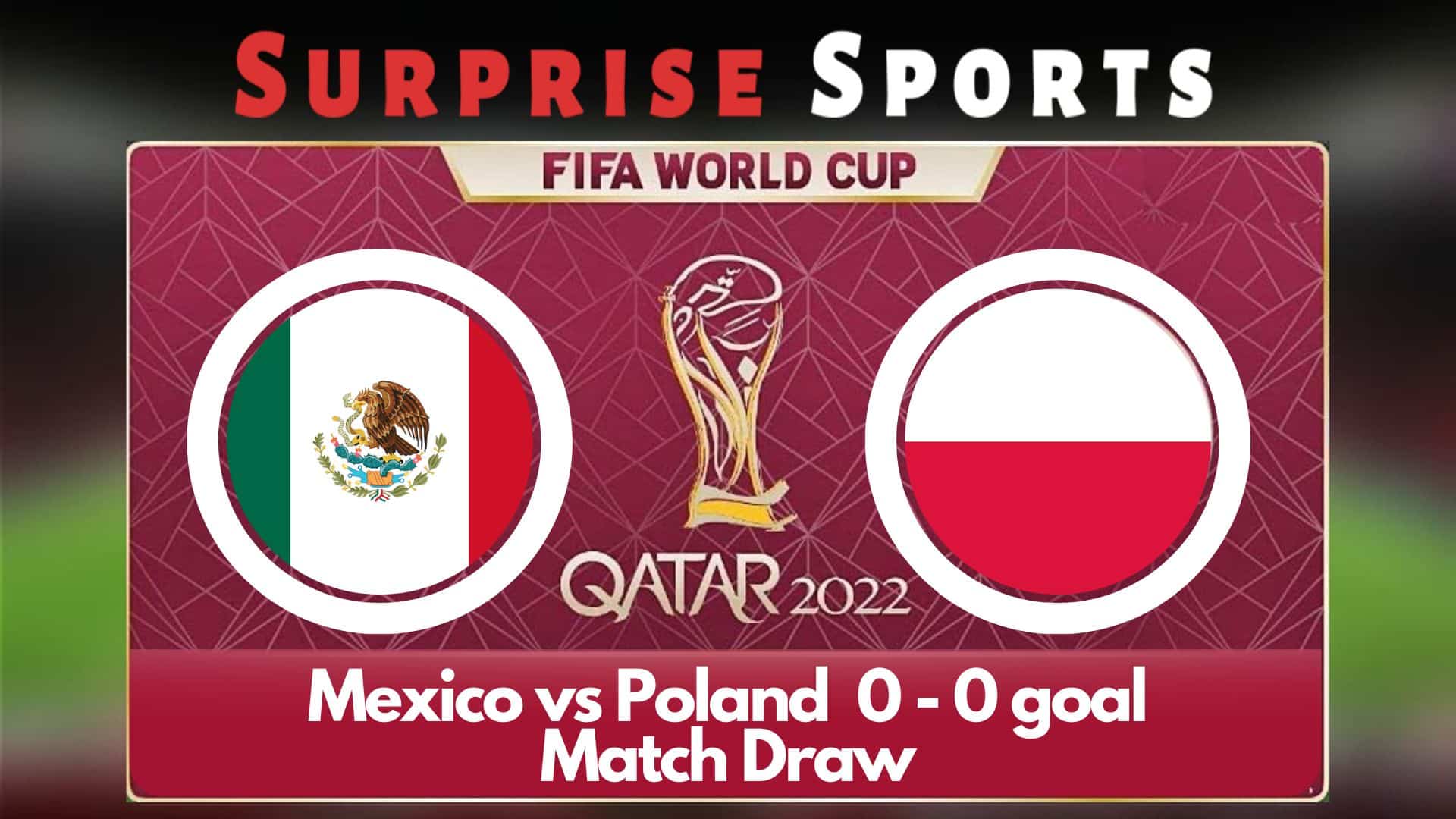 5’ Great chance for Mexico. A great cross by Hirving Lozano. A green shirt scuffs the connection as he scamper comes down the wing and pops it into the danger zone. Huge chance earlier in the match for Mexico.

9’ Head Injury. There was a brief stop as Glik was examined for an injury; he seemed fine to resume play. From Zielinski’s left-wing corner, a head-to-head collision occurs in the box between Montes and Glik.

25’ Great Chance. Szczesny expresses concern after Vega makes the highest climb but heads the ball just short of the Poland goal, marking the best opportunity to yet.

28’ Struggle for Poland. Chavez lofts a pass toward Gallardo, but Szczesny gets a hand on it and knocks it away. Mexico’s left-back nearly pounces on the loose ball, but Poland’s retaliating players clear the danger and send the ball behind for a goal kick.

30’ Frustrating from Poland. The ensuing free-kick is taken by Poland, but they are unable to mount a serious threat. So far, they’ve been pretty unsuccessful in the final third of games.

45’ SAVE! Sanchez receives a pass from Martin after Lozano offloads to him. In the near post, he forces a strike that almost catches Szczesny out, but he turns the ball over the bar.

Half Time – Goalless First Half.

After the first half of their World Cup Group C match, Mexico and Poland are still scoreless. Outside of a late shot from Jorge Sanchez, which Wojciech Szczesny tipped over the bar, neither team had any real chances in the first 45 minutes. Mexico has had more possession, but they haven’t been able to break through Poland’s defense.

As in their first World Cup appearance, Poland has been a frustrating opponent. Robert Lewandowski, the striker for Barcelona, is without service. The way they started the game was quite disheartening.

52’Save! Lozano makes a slashing run from the left flank, dodging two defenders on the way. He takes aim, but Szczesny is able to stop the curling shot.

55′ VAR checked. A check is made by the video assistant referee because Lewandowski’s path to the ball is marginally obstructed by Moreno at this point. Moreno is currently holding onto Lewandowski’s jersey, which could work in Lewandowski’s favor.

56′  It’s a penalty. The VAR reviewed the play, and it was determined to be a penalty.

58’ Saved by Ochoa. The legendary Ochoa stops Robert Lewandowski his first World Cup goal. Great save by the Goalkeeper. His World Cup fairy tale continues. Great let off for Mexico.

65’ Great Save by Wojciech Szczesny. He denied Henry Martin’s header.

70’ Raul Jimenez comes on as a substitute. The Wolves striker is out of action due to injury. Huge cheers for him as he comes on. It’s his third World Cup.

78’ The crowd is so lively, they are enjoying the game and cheering for their team. The capacity is 40,000 but it feels like a lot.

92’ no side is moving the ball forward. Both are looking for a draw.

Point table of Group (C) after this match

After losing their first two games in the 2018 World Cup, Poland was eliminated from the competition. Given their recent World Cup performance, the Poles will have higher expectations this time around.

Mexicali has been a model of consistency in their last seven World Cup participation. After seven attempts, El Tri has never advanced past the round of 16. After Argentina’s shocking loss to Saudi Arabia, Group C is wide open, giving Gerardo Martino’s team a great opportunity to make a run in the first place.

Both teams played well and created chances in the 2nd half. Mexico was on the better side in the first half. Both sides are happy with earning a point.