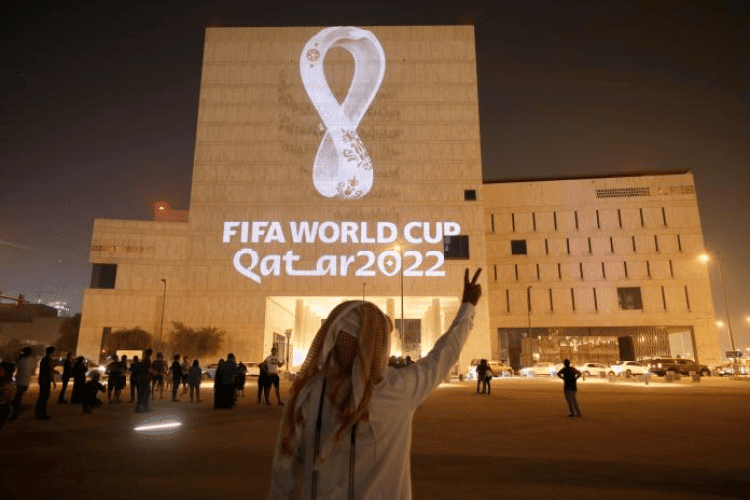 The FIFA World Cup is being staged in the Middle East for the first time and is being hosted by an Asian country for the second time.

The nation, which draws visitors from all around the world, promises to host the most expensive World Cup ever.

Qatar became the second nation to host the major competition without ever making it to a prior round of competition.

A FIFA World Cup is an expensive undertaking, and since 1994, there has been a general upward trend in the costs connected with hosting the illustrious tournament.

How much did Qatar spend on hosting the 2022 FIFA World Cup?

The population of Qatar, which is 2.8 million strong, is comparable to that of Yorkshire. However, because of its size, it has the highest per capita income in the world.

The nation has already spent around $200 billion. For the World Cup finals, a new city called Lusail has been constructed.

Related
Ecuador vs Senegal: Kalidou Koulibaly Goal Sends Senegal to The Round of 16 of The World Cup

According to Qatar’s finance minister, Ali Shareef Al-Emadi, preparations for the World Cup have been ongoing for some time. The primary goal of the nation is to complete the project by the beginning of 2022.

A tremendous amount of supporters are expected to arrive in the country (about 1.2-1.5 million). Despite concerns about a shortage of housing, the nation has already spent $40 million on hotels.

On Futballnews today, we are going to be looking at the most expensive FIFA World Cups and how much was spend in hosting them:

The estimated cost of Qatar’s 2022 FIFA World Cup is $220 billion. The historic tournament’s most costly edition is expected to be this one. Fans are thrilled with the World Cup’s glitz and glamour, but there is also plenty of controversy swirling about.

More than just football aficionados pay attention to the FIFA Globe Cup because it is one of the most viewed sporting events in the world. For the World Cup, it is anticipated that over a million spectators will travel to Qatar.

The $11.7 billion World Cup in Russia in 2018 was overshadowed by the $220 billion investment in Qatar. While some viewers are enjoying the spectacle, others have criticized the extravagant undertaking.

In total, 11.7 billion US dollars were spent on the 2018 FIFA World Cup in Russia by both the governmental and private sectors. Infrastructure for transportation received the largest portion of the budget, followed by sports facility building and restoration.

The most costly World Cup at the time was the 2014 FIFA World Cup in Brazil, which cost $11.6 billion.

Africa’s hosting of the inaugural World Cup of soccer was viewed as a defining moment for the troubled continent.

The $3 billion tournament, which lasted for a month, was held as the nation was suffering from a severe shortage of basic services like homes, hospitals, water, and energy.

This study offers an ex-post evaluation of how the stadiums used for the 2010 FIFA World Cup were used. The South African government contributed roughly US$1.57 billion and US$523 million, respectively, to the construction of new stadiums and improvements to existing stadiums.

The 2006 World Cup in Germany, which had a stated cost of $6 billion for hosting the event and an estimated economic impact of $14.1 billion, according to Money Pod, was the most profitable edition of this century. This translates to a total profit of $8.1 billion for the host nation.

The research claims that in the years leading up to the competition, 500,000 jobs were generated, and tourism revenue for the German government increased by $400 million. The number of tourists to the city of Cologne grew by 10% as a result of the World Cup.

The expected cost of World Cup-related projects is 836.9 billion yen, of which 699.5 billion yen will go toward building 10 stadiums in 10 host cities.

The overall cost of operating Japan’s LOC is 51.3 billion yen, and the 86.2 billion yen in spending by international visitors who come to watch the games.

The FIFA world cup 1998 which is hosted by France was estimated to have cost the host nation a staggering $2.3 Billion until of course, Japan 2002 hosting outspent it after just four years.

There were numerous cities around the US that held the American football World Cup. The final was held in Los Angeles, where there was a total economic profit of $623 million that went straight to the local economy.

The competition kicked off on June 18, 1994, with a match between the United States and Switzerland. Brazil won the World Cup in 1994, and managing it cost $500 million.