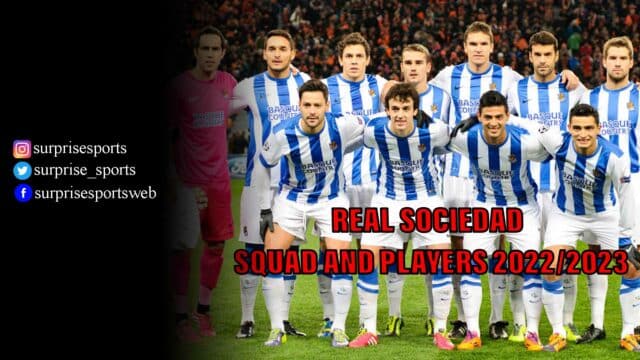 Real Sociedad Squad and Players 2022/2023: Everything you need to know about the Real Sociedad squad, its coaching staff, numbers, and many other details is here.

Real Sociedad is one of the historical teams of LaLiga, the First Division of Spain. The Basque team, led by Imanol Alguacil, faces a campaign full of matches with their participation in the Europa League on Thursdays and the Copa del Rey, a tournament to which the people of San Sebastian usually give great importance and which they won in 2020.

Real Sociedad, for this new season of La Liga 2022-2023, has had certain movements within its squad in sales, loans, and some signings. These are the most important data of the txuri urdin first team players: numbers, age, country of birth, and market value.

This would be the starting lineup for the San Sebastian team for the 2022-2023 season. Players injured in the different competitions are not taken into account.