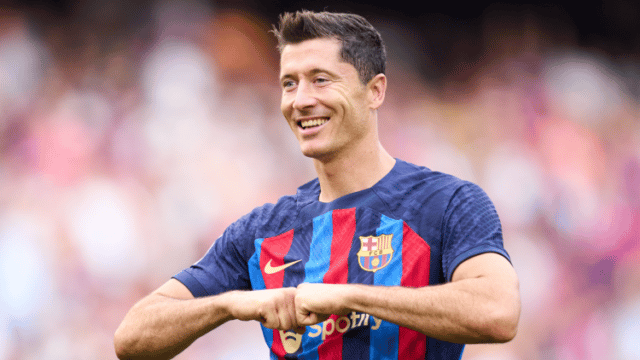 Robert Lewandowski is having the best time of his life at FC Barcelona as he scored a brace to help Barca beat 10 men Elche on Saturday, September 17.

The Polish international has now scored twice in eight games since joining Barcelona in the summer, giving him a total of 11 goals.

In the 14th minute of the game between Elche and FC Barcelona, Elche’s captain Gonzalo Verdu was sent off for bringing Lewandowski down after he had completed his move.

With 25 shots on goal compared to Elche’s one, Xavi’s team went on to grab an easy win.

Before Lewandowski scored his eighth goal in six games in the Spanish top division, Alejandro Balde set him up for his first of the game. Depay added a second, and Pedri had a third goal disallowed after VAR intervened.

Barcelona triumphed resoundingly in LaLiga once more after losing to Bayern Munich in the previous midweek Champions League match.