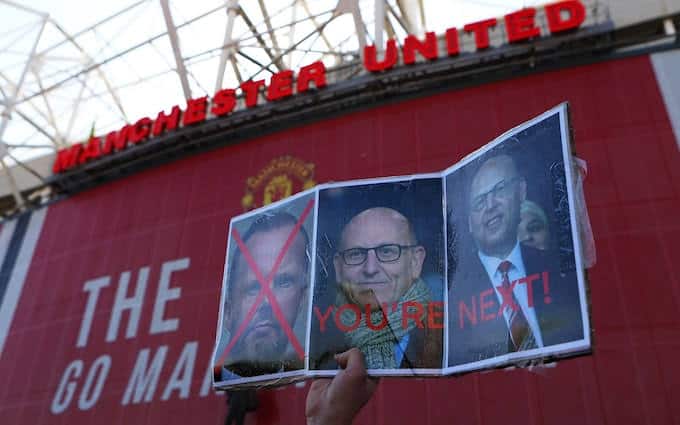 According to reports, the owners of the Premier League giants will listen to offers from £5billion and above

One of the world’s most successful and biggest clubs confirmed the shocking news on Tuesday, 22nd November 2022, on the club’s official website.

To effect the process, investment experts Raine Group and Rothschild and Co have been mandated to take charge of the sale process.

A statement on the club’s official website confirms that the decision becomes necessary to enhance the club’s future growth and serves the best interest of the over 1.1billion fans across the globe.

In the words of the co-chairmen Avram and Joel Glazer, ”The strength of Manchester United rests on the passion and loyalty of our global community of 1.1bn fans and followers.

They also added that they seek to continue building on the club’s history of success, and the board has authorized a thorough evaluation of strategic alternatives.

To this effect, the club is currently evaluating all options to best serve the fans and make use of the significant growth opportunities available to the club.

The Glazers family took charge of Manchester United in 2005. After a brief spell of success during the era of Sir Alex Ferguson, the Red Devils fell off the pecking order.

United have fallen behind city rivals Manchester City and bitter rivals Liverpool in the last eight years. Hence, the Glazers’ popularity with Manchester United fans has dwindled, with most fans calling for their exit from the club.

The Glazers have finally bowed to pressure, and it is believed a £5billion offer will persuade the Glazers to sell the club.

This new development at Old Trafford is a win for most fans that have called out on the Glazers to leave the reins of the club.

Manchester United fans have always took to online and physical demonstrations to express their disapproval of the handling of the club by the Glazers.

In Cristiano Ronaldo’s controversial interview, the Portuguese star equally blamed the rot at Old Trafford on the Glazers.

Ronaldo said the Glazers were just interested in the marketing aspect of the club, while leaving facilities and structure to decay.

It is not surprising that the Glazers decision to sell the club comes just hours after Ronaldo’s contract was terminated.

Despite the heavy backlash that greeted the Ronaldo interview, the fans still pit tents with the wantaway striker on his criticism of the Glazers.

Ten years ago, the Glazers had put up a sale of minority stake at the club, but ensured they maintain a stranglehold on majority of the shares.

The move was equally criticised by the fans, who wanted a total hands off from the club. To appease the fans, Glazers planned a fans’ ownership scheme that would allow fans to have equal voting rights.

Although it was yet to be implemented, the fans were not interested in any dressed-up scheme, as they still insist on total exit.

What next for Manchester United?

The Glazers are finally ready to hand off the clubs after almost a decade of trophy drought.

With over a billion fans across the globe, bids are expected to fall in the next few days.

All eyes are on the richest man in Britain Sir Ratcliffe for his next move.

Ratcliffe has been a long-time admirer of the Red Devils and had equally indicated interest in the club after his failed Chelsea bid.

Manchester United’s new potential owners will have to embark on massive infrastructural upgrade to restore the club to its glory days.