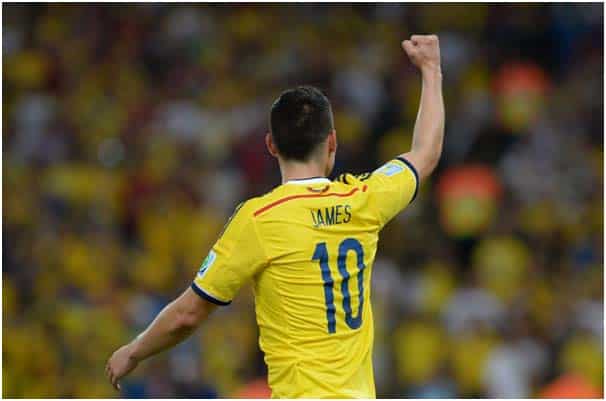 The 2022 World Cup in Qatar is here, and picking a winner at the minute is like finding a needle in a haystack — with five-time winners Brazil, in-form Argentina, defending world champions France, Euro 2020 finalists England and 2010 winners Spain all in the running in the World Cup winner odds.

The Golden Boot market is looking equally competitive, with 2018 winner Harry Kane at the fore of the market as he looks to become the first ever player to win the award back-to-back. But KylianMbappe, Neymar, Karim Benzema and Lionel Messi could all be in the running.

With it set to be a hotly-contest race for the top-scorer award, let’s take a look back at the last five winners of the Golden Boot.

The first Englishman to win the Golden Boot since Gary Lineker landed the accolade at Mexico 1986 with six strikes as England reached the quarter-finals, Harry Kane matched the now Match of the Day host’s tally in Russia four years ago. The Tottenham Hotspur forward notched twice in the Three Lions’ opener against Tunisia, including a 90th-minute winner in the 2-1 victory. He bagged a hattrick as England then thrashed Panama 6-1, two coming from the spot. His sixth and final also came from 12 yards, converting a penalty in the quarter-finals against Colombia.

Six strikes are a common theme in the list of Golden Boot winners, and it was enough for James Rodriguez to take home the award against all the odds in 2014. 300/1 to win the individual award pre-tournament, it was a breakthrough tournament for the Colombian as he set the world alight. The 23-year-old scored in all three of his nations games as the topped the group with three wins from three, and notched two more against Uruguay in the round of 16— one of which, a sweetly hit volley from distance, won the Puskas Award. A penalty against Brazil in the quarter-finals took him to six, but they crashed out at the hands of the hosts.

In what was a case of another star being unearthed at a World Cup, the Bayern Munich forward had just two caps to his name before the South Africa-based tournament. However, the then 20-year-old didn’t let the occasion faze him. Muller scored just once in the group stage, but came to the fore in the knockouts — scoring twice in the infamous 4-1 win over England, once again against Argentina and then again in the third place play-off against Uruguay. Diego Forlan and David Villa also scored five goals, but Muller won the Golden Boot as he had more assists (3). Unsurprisingly, he was awarded the Young Player award.

While Muller actually marked back-to-back German winners of the Golden Boot, Miroslav Klose was just the second from the nation to win the award — following on from the legendary Gerd Muller in 1970. Klose scored fives in the 2006 tournament, which was held on home soil, four of which came in the group stage — with doubles against Costa Rica and Ecuador. His fifth strike came in the quarter-finals against Argentina, heading an 80th minute equaliser as Germany went on to win on penalties. DFB-Team later finished third, but Klose didn’t find the back of the net again.

One of the highest tallies in the modern era, Ronaldo was a man on a mission in 2002 after the events of four years earlier — when he suffered a seizure on the night before the final against France, which Brazil subsequently lost. R9 scored four goals in the group stage, netting Turkey and Chine before scoring a brace against Costa Rica. Another strike against Belgium in the round of 16 made it five in four before he finally fired a blank against England. It  didn’t take him long to get back on the scoresheet though, netting in the semis against Turkey and twice in the final against Germany.