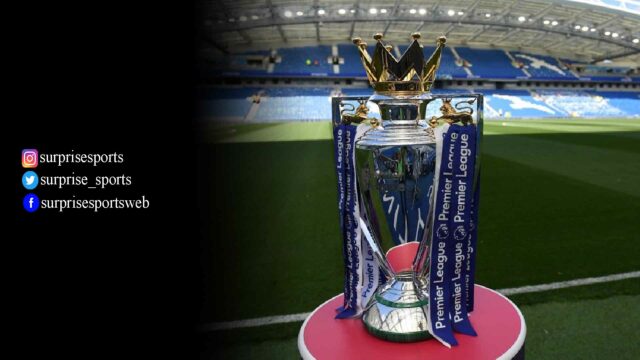 The Premier League, or the English Premier League, is one of the major league events in world-class football. For the past three decades, the event has been the most ambitiously prestigious event among footballers and enthusiasts. Players worldwide dream of a chance to play at the event.

Running since 1992, a total of 50 clubs have participated in Premier League. Before which, most of them were part of the oldest running league titles English Football League. Among the clubs were 48 English and 2 Welsh Club. In the tournament’s 30-year run, only seven clubs have won the title. Let us have a look at the clubs that were crowned champions in Premier League.

Manchester City FC originates from East Manchester. It is considered one of the most promising clubs of modern time. The club earned two Division-1 titles before joining Premier League. After the shift, the club struggled to win the championship until 2010, after which, under the leadership of Khaldoon Al Mubarak, the club went through a significant transformation. Since then, the club has earned 6 Premier league titles. They recently earned their 6th championship in the 2021-22 season.

Everton was one of the most dominant clubs in the English Football League era. There they won 9 Division 1 Football League titles. Other than that, they also have five FA Cups and a European Cup Winners’ Cup. Everton was also one of the founding members of the Premier League in 1992. But since their transition, they haven’t been able to earn any title.

Arsenal Football Club, simply known as Arsenal, is a London-based club. It was one of the first clubs to join the English Football League in 1883. In division-1, the club won 10 titles. They also have a record of winning 14 FA Cups. After their shift Premier League, they won the championship 3 times. The club is the only one in Europe’s top 5 leagues to win a league without losing a single game. They also have a record of being unbeaten in the 2003-04 season for 49 games. They also won the Premier League that season. Upon league completion, a unique gold trophy was commissioned specially for Arsenal. They are also titled “The Invincibles” for such a huge achievement.

The Liverpool-based football club was a dominant force in the pre-1992-1993 era. At that time, they won 18 league titles. Their most successful decade is considered the 1980s. At that time, the club won six league titles, two FA Cups, four League Clubs, one Football League Super Cup, and two European Clubs. However, since their shift to Premier League, the club has been out of the light for a long time. They have recently achieved their first Premier League championship in the 2019-2020 season. Liverpool is one of the most widely supported clubs in the world.

Manchester United FC is better known as Man United or the Red Devils. It is a football club based in the Old Trafford area of Manchester, England. The club has a record of winning a total of 20 league titles so far. Among which 7 are from Football League. They were the most dominant club in Premier League till 2012. Within that period, Red Devils won 13 championships. Unfortunately, since Alex Ferguson’s retirement in 2012, the club hasn’t seen any league title.

The Growth of Premier League

Currently, Premier League is one of the most popular football leagues with fans worldwide. It is also the most-watched sports league across the globe. At present, 20 clubs are partaking in the championship.

Keep an eye on our website to keep updated with the latest news about the English Premier League.