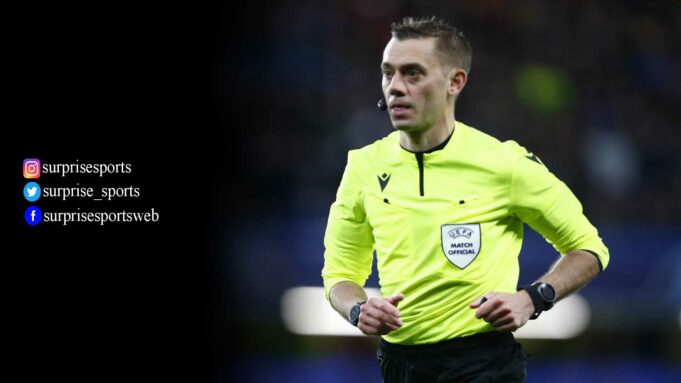 UEFA Champions League, better known as UCL, is the most popular form of annual football league at present. Every year 32 clubs compete in the event. Winners of domestic leagues from across Europe compete for the title of champion.

Four referees oversee each Champions League match. Among them, one serves as the match official, two as assistant referees, and another one as the 4th umpire. The league pays every referee with a handful amount of money. The article contains further details on a referee’s salaries and income from serving in the league.

Category of Referees in Champions League:

UEFA categorizes its referees into 4 classes. This is based on their experience, match count, and other official work-related rankings. The classes are-

The wage amount varies depending on the category a referee is listed in. The categories are listed below.

UEFA recently published the referees’ panel for the upcoming season of the Champions League. Let us look at the list of referees serving in the upcoming event.

The final match of Champions League 2022 was held on May 28, 2022. French referee Clement Turpin served as the referee of the event. That was Turpin’s first final-match officiation in his Champions League career. Nicolas Danos and Cyril Gringore assisted him during the game. Benoit Bastien was also present as 4th official.

Clement Turpin has been serving in League-1 since 2008. UEFA promoted him to the Elite group in 2012. In 2010, FIFA listed him as an international referee. As an Elite member, Turpin earns $10,000 from officiating Champions League matches. He is currently one of the highest-paid official football referees.

The job of a referee is one of the most challenging sections in football. The outcome of a match depends on his sharp analytical ability and fast decision-making. One mistake can lead to a career-ending situation. Let us know your thoughts on their salary in the comments section below.