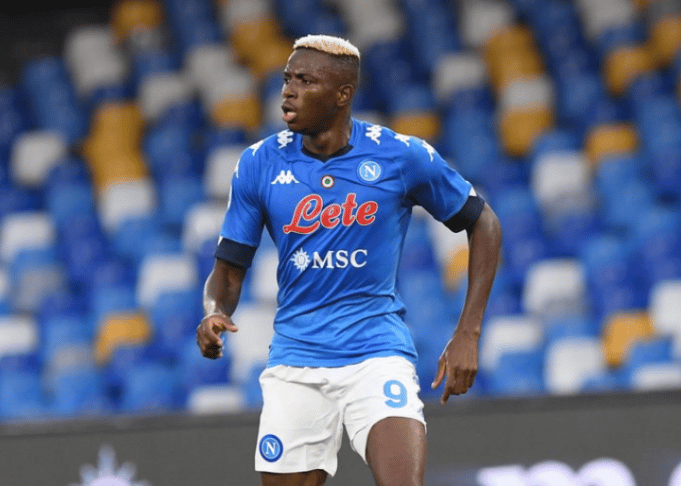 Napoli put on an incredible display to destroy Juventus and extend their lead in the race for the Serie A championship.

However, this was a breathless Napoli performance, one that highlights the home team’s qualifications for a first Serie A championship since Maradona’s time who was a member of their squad 33 years ago.

Khvicha Kvaratskhelia, Amir Rahmani, and Elif Elmas also had goals in addition to two goals from Victor Osimhen against Juve.

Juventus had gone eight games without losing when the Diego Armando Maradona Stadium cruelly put an end to their unbeaten streak.

Napoli scored first through Osimhen, who later assisted Kvaratskhelia in doubling their advantage. However, Di Maria responded just before halftime.

Osimhen, a striker from Nigeria, headed in his 12th Serie A goal of the year after being set up by Georgian star Kvaratskhelia’s exquisite pass.

Elmas’ deflected shot finished the scoring, and Juventus suffered their first five-goal defeat in a competitive game since May 1993.

Before the match, Massimiliano Allegri’s team had only given up seven goals in the top flight this year and was sitting in third place, level on points with second-placed AC Milan.

Victor Osimhen has scored 34 goals in 64 Serie A games, more than one goal every two matches, which is typical for gifted strikers.

Osimhen, 24, is now playing in his third Serie A season, and all indications are that the 2022–23 campaign will be his greatest and most productive one to date.

Napoli has a seven-point advantage over second-placed Juventus after 17 games.

On Matchday 11 at the Stadio Olimpico, Osimhen scored a “golazo,” or well-deserved game-winning goal, to help his team’s chances of winning the Scudetto.

The Nigerian is seeking his first-ever goal against the all-time Serie A champions as he takes on Juventus for the fourth time in his career.

With his 10th league goal against Sampdoria, Osimhen’s performance caused Tomas Rincon to be sent off in the 38th minute. He has contributed directly to 12 goals for Napoli, who are vying for their first Serie A championship since 1990.

Napoli’s chance of winning the Serie A title.

Napoli will be looking forward to claiming their first Serie A title in 33 years if they continue with their incredible performance so far this season.

The Coppa Italia matchup between Napoli and relegation-threatened Cremonese comes before the start of the Serie A season. With Napoli cruising to the title, Juventus will turn their attention to qualifying for the Champions League before taking on Monza.