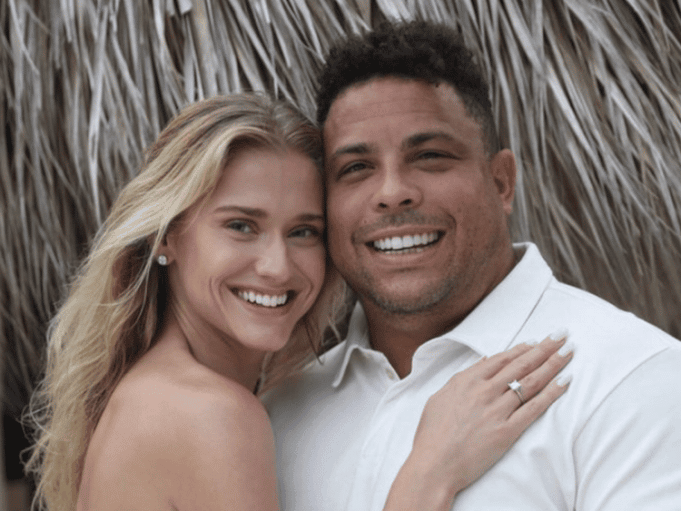 WAGs: Football Stars might retire from active football but they don’t literally retire from scoring in relationships.

Even after hanging up their boots, some of the best in the world have found gorgeous wags for themselves.

Remember when we said that Brazilian legend Ronaldo was getting married for the third time?

Ronaldo de Lima recently proposed to his model girlfriend while on vacation in the Caribbean.

The lovely Celina Locks, who is 14 years his junior, and the former Real Madrid and Inter Milan striker confirmed their engagement on Instagram with sweet “I love you” messages.

We investigated the relationships of other former players without passing judgment.

These men, from Thierry Henry to Neil “Razor” Ruddock, have a youthful spirit.

But what is the age difference and who is their other half?

I know you would be wondering who Ian Rush is, well, a quick one – he is a former player and Liverpool legend.

In 2019, the Liverpool legend proposed to the Irish singer.

Rush, 61, is 22 years older than Carol, but she has previously stated that she does not consider their age difference to be a problem.

Although they started dating in 2013, they haven’t yet decided when to be married.

Ready, set The lovely PR girl Kristina, who is 20 years younger than Teddy who is now 56, is his wife.

They have been dating for fifteen years before getting married in Portugal in 2016..

George is the name of the couple’s son. Charlie is Teddy’s second child from a prior union with Denise Sims.

The couple started dating in 2014 and momentarily broke up before getting back together and getting married in 2019.

During a fireworks show at the opulent One&Only Reethi Rah resort in the Maldives, the renowned Manchester United goalkeeper got down on one knee and proposed to his longtime partner.

Schmeichel is 59 and Laura is 50 years old. 200 people attended the wedding in the Egebaeksvang Church in Espergaerde, Copenhagen.

The 49-year-old manager of Leicester City married Searle, who is 11 years younger than him, in a lavish ceremony on the shores of Loch Lomond in 2017.

He previously had a 14-year marriage to Susan, but they divorced in 2015.

The sexy Frenchman, who currently hosts talkSPORT, has always been associated with football.

Model Denat gave birth to the couple’s first child in 2018.

The bulky former Tottenham defender was popular on reality TV programs like I’m a Celebrity because he had more than just football stardom to win over the girls.

She once made an appearance on the television show Can’t Pay We’ll Take it Away, where she showered some bailiffs who came to her Kent home with water.

In 2016, when Steph Hayward was 48 years old, the venerable England goalkeeper and Leicester City player, age 73, married the jazz singer.

These two lovers, who are frequently joined at the hip, haven’t been affected by their 21-year age difference.

Even though it’s obvious that they get along great, it’s fair to say that David, 59, and Frankie, 49, didn’t exactly have the best of starts.

That’s because, back in 2008, they first met on the reality television program Dancing On Ice.

They supposedly met while on the live show tour and got married at Dormy House in the Cotswolds in 2015.

The wags is undoubtedly in good hands with Arsenal and the former No. 1 of England.