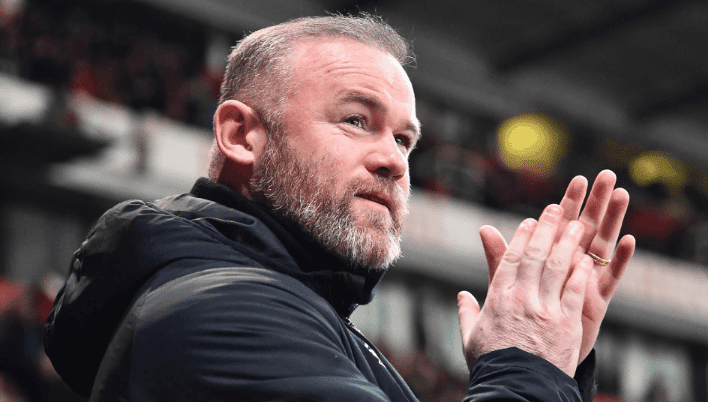 Wayne Rooney found himself in the spotlight once more and answered a question regarding Lionel Messi, Cristiano Ronaldo, and Harry Kane, during a recent interview on Indian television.

Cristiano Ronaldo has had a busy week after calling his former teammate (Wayne Rooney) a “rat” in a TalkTV interview with Piers Morgan.

The tables were turned last week when Ronaldo offered a harsh verdict on his critics after Rooney recently questioned the Portuguese superstar’s conduct at Manchester United this season.

Rooney called these remarks “weird” in response, but he supported his opinion of Ronaldo by claiming that all players experience form slumps as they get older.

The former England captain was anxious to demonstrate that he meant no offense and had no intention of engaging in a verbal altercation with the five-time Ballon d’Or winner by declaring that Ronaldo is right up there with Messi as the two greatest players of all time.

Rooney, however, was back on television on Sunday afternoon to watch Qatar’s World Cup opener against Ecuador in Al Khor. He was an employee of JioCinema, an Indian television network as a pundit.

Rooney said: “I’d have to start Messi, bench Kane and leave Ronaldo out.”

Rooney suggested that Messi would ‘have’ to play, while quickly stating that he would drop England captain Kane to the bench.

The Portuguese star hasn’t been playing frequently for Erik ten Hag’s team this season, according to Rooney, so he will drop his former striking partner if the three players were in the same team.

When it was claimed that Ronaldo wouldn’t send the former England international a Christmas card this year, Rooney responded, “He’s not playing for his club, so.”

It follows Rooney’s response to Ronaldo’s criticism of him after the Portuguese international criticized Rooney during his recent contentious interview with Piers Morgan.

Ronaldo aimed Rooney because he believed the coach of DC United was envious of his long career in the game.

The latter, in contrast, chose to compliment the United forward in return but did acknowledge that it was “a little weird.”

He’s a tremendous player, Rooney stated in a CNN interview. He and [Lionel] Messi are most likely the game’s top two players. It’s not meant as a criticism; all of us experience the effects of aging, and Cristiano is having a difficult time adjusting to that.

He gave an interview, and it has gone viral. Some of the comments are a little weird, but I do not doubt that Manchester United will handle it once they have seen the entire interview and taken the necessary steps.

On the other hand, Wayne Rooney has picked Argentina as his favourites to win the World Cup in Qatar and has named Lionel Messi as the best player of all time.