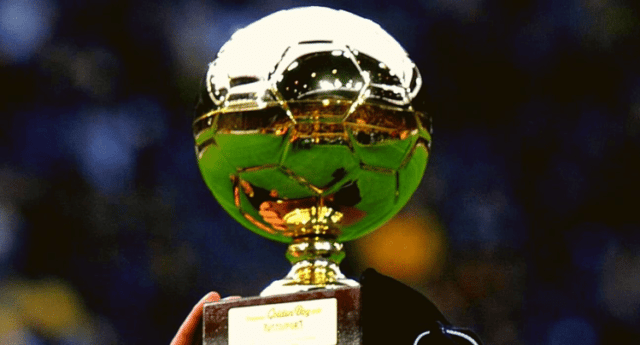 The 2022 Golden Boy nominees have been announced, and they include proven Bayern Munich great Jamal Musiala and up-and-coming Arsenal newcomer Marquinhos.

Akin to a youth-oriented Ballon d’Or, the Golden Boy is an annual honor given to the best player in Europe under the age of 21.

Among the numerous distinguished people who have won the award in the past are Lionel Messi, Wayne Rooney, Cesc Fabregas, Kylian Mbappe, and Erling Haaland.

The prize is currently held by Pedri, who also received a nomination for this year’s award after taking home the prize in 2021.

The young Barcelona midfielder made history by winning the prized award as the first recipient born after 2000.

The prize, which is decided upon by reputable magazines from important footballing nations, was first presented to a young Rafael van der Vaart, who was playing for Ajax at the time, in 2003.

The winner of this year’s prize will be the 20th person to receive it, continuing the legacy of some of the most cherished players in the history of the competition.

The 40-man shortlist has since been made public, with several current heavyweights and a few lesser-known people making the cut.

What is the Golden Boy award?

The Golden Boy award honors the most promising young talent in Europe for a given year. To be eligible for consideration, a player must be under 21 and currently play for a team at Europe’s top level. The award’s first ceremony took place in 2003. The Italian sports publication Tuttosport is in charge of organizing it.

Votes are tallied to determine the winner. The player who receives the most votes from each voter will receive 10 points, followed by seven for a close second, five for a third, three for a fourth, and one for a fifth. Voting for this award is open to sports journalists from the largest media organizations in Europe.

After releasing a list of 100 players who had been shortlisted for the award, Tuttosport later narrowed that list to 40 players in September.

Voting is also available to fans by clicking on the link here.

Some well-known individuals who have won the Golden Boy award include Lionel Messi, Wayne Rooney, and Sergio Aguero.

Traditionally, the honor has gone to forwards, but Matthijs de Ligt became the first defender to win it in 2018.

The two countries with the most wins apiece are France and Spain, while Manchester United is the most successful club with three victories.

Being nominated is fine and dandy, but let’s face it, we only remember the winners.

In light of this, we’ve decided to rank the top 5 contenders that would likely win the award in 2022. They are:

Eduardo Camvinga, a midfielder for Real Madrid, had an outstanding first season at the Santiago Bernabeu. The young Frenchman, 19, brought late-game pace and strength to Madrid’s elite midfield, giving it a new dimension.

Camavinga guided Madrid to three successive Champions League comebacks en route to the final with his driving runs through the midfield, crucial interceptions, and astute playmaking.

Jude Bellingham of Borussia Dortmund is currently one of the most sought-after young center midfielders in the world.

He is an expert interceptor, has a flair for setting the pace, and excels at producing scoring opportunities.

Red Bull Salzburg has developed into a launching pad for elite athletes. The most recent prodigy to emerge from the Austrian club was Karim Adeyemi, who had an exceptional 2021–22 season.

Barcelona’s star midfielder for the 2021–22 season was Gavi, a 17-year-old. He displayed tremendous maturity, dazzled onlookers with his passing, and regularly barged into the opponent’s penalty area.

Due to a hamstring injury, Pedri missed a lot of football, but Gavi effectively filled in for the former Las Palmas player.

Jamal Musiala, an attacking midfielder for Bayern Munich, has earned a nomination for the Golden Boy award this year. The international for Germany is smart beyond his years, quick off the line, and unafraid to challenge powerful, aggressive defenders.

In the 2021–22 Bundesliga season, the 19-year-old made an impact for Julian Nagelsmann’s Bayern Munich, tallying five goals and five assists in 30 appearances.