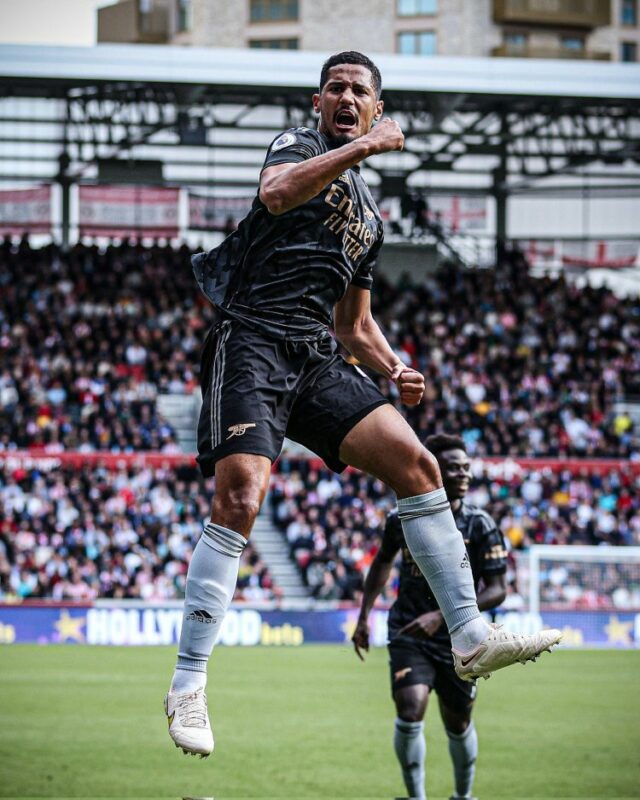 William Saliba says that starting in France’s World Cup team is a dream come true for him as he continues his fine form for Arsenal.

Saliba has shown his capabilities and strength on the ball with the ability to push Arsenal midfielders forward with his purposeful passes.

Didier Deschamps, France’s manager, has chosen him for the Nations League against Austria that will take place on September 22, 2022, at 7:45 pm. Saliba has already made five appearances for the French side.

Since he came back from Marseille, the defender has made seven appearances with two goals in all competitions. He has become a formidable force with Brazilian defender Gabriel Magalhães, and both players have helped goalkeeper Aaron Ramsdale concede fewer goals.

It is a great achievement for Saliba to be called up to represent his country after he has passed through mistreatment by Arsenal and Arteta, who thought he was not ready to play.

He has a three-star weak foot and a two-star skilled foot.

He won the young best player title while playing for Marseille after a standout campaign, besting Khephren Thurman, Arnaud, and Nuno Mendes. In addition, he received the OGC Nice Player of the Month award.

Arsenal fans have been chatting and signing about the French defender after recent good performances against Bournemouth this season.

Fans imitate the sound of a saxophone while yelling “Saliba!” in a chant that lacks traditional lyrics.

How much did Arsenal pay for Sign William Saliba

Arsenal paid a fee of £27 million to sign the young defender from Ligue 1 Saint Etienne, where he played 16 matches then.

However, he went out on loan countless times because the Arsenal manager, Arteta, did not seem to show any interest in starting the player.

But now, Saliba has been a starter with two goals in eight appearances for Arsenal this season. He received the man of the match award against Crystal Palace.

The 21-year old, who plays as a centre back for Arsenal, wears number 12. However, for his national team, France, Saliba wears number 17.

How Fast Is William Saliba

Saliba is the fifth fastest player in the Premier League with his ability to cover 34.49km/h.

Saliba is also good in a one-on-one situation with the ability to man mark strikers. Arteta has fallen in love with his kind of football and, progressing forward, he is likely to play more matches this season.