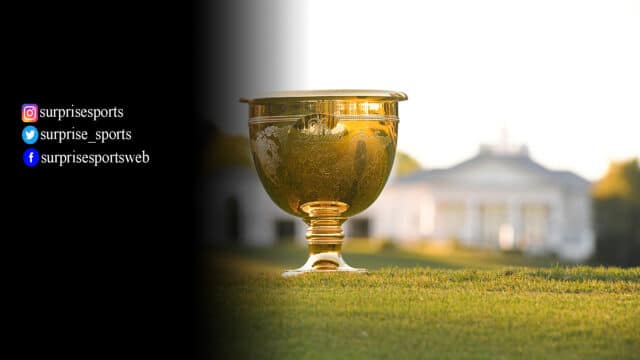 After a three-year break due to the COVID-19 pandemic, the Presidents Cup returns this week at Quail Hollow Club, Charlotte, North Carolina. It will take place from 22-25 Sept. with Team U.S. and Team International – 24 golfers, 12 in each – will compete for the title. Is there prize money for the winners of the Presidents Cup? Here we look into the Presidents Cup 2022 Purse.

Is there Prize Money for the Winners?

The Presidents Cup is a Charity tournament. It doesn’t offer any prize money for the winners. There is no purse or prize money.

However, a lot of money is involved in the competition for the greater cause, to help those in need.

As the players are from different regions, the charity money reaches the world’s far end. From providing medical care for neglected animals in Greenville, South Carolina, to school lunches for underprivileged children in South Korea, from scholarships for children of fallen California firefighters to addiction recovery programs in Australia – these are very few examples.

Who Won the Last Presidents Cup?

The fans hope for another nail-biting finish like the last Presidents Cup in 2019. Team US, captained by Tiger Woods, entered the final day of singles matches trailing by 8-10. They won six singles and tied four on the final day to take the title by 16-14 points.

Let’s take a quick look at the tee times and pairings of First Round’s foursome matches: