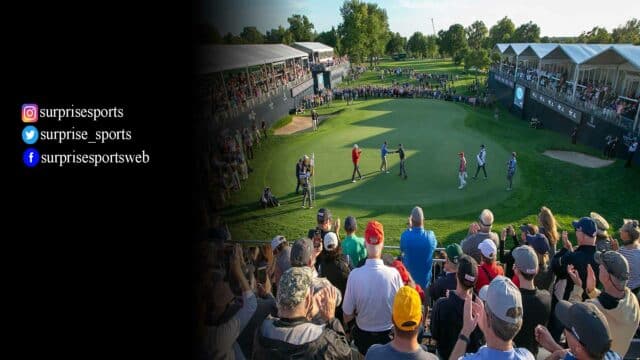 The last Regular Season competition will lead players to the Charles Schwab Cup Playoffs, the season finisher of PGA Tour Champions. This year, the tournament’s fifth edition will take place from September 16-18. The purse is $2 million, and the winner’s share is $300,000.

Darren Clarke won Sanford International last year. He beat K.J. Choi with a birdie on the second hole of a playoff to claim his third PGA Tour Champions victory that season. He is a former player on the PGA Tour and European Tour. The 54-year-old Irishman has bagged 27 professional titles in his kit, while 14 came on the European Tour. He ranked his career-high 8th on 22 July 2001.

The tournament will be played in three rounds. Find the full schedule in the following table:

The Sanford International 2022 will take place at the Minnehaha Country Club, located in Sioux Falls, South Dakota, United States. The club has evolved over more than a century. Legendary players like Gene Sarazan and Walter Hagen played at this venue, where golf is embraced and nurtured.

How Can I Watch the 2022 Sanford International on TV?

Golf Channel will exclusively broadcast all four rounds of Sanford International 2022 at a specific time.

Find the airing time schedules below (All times ET):

How Can I Live Stream?

The Sanford International will be available for live streaming on golfchannel.com, Golf Channel’s official website. However,  NBCSports.com will also stream the event.

All players start from tee#1:

Admission is free for active, reserve, Veteran, and retired U.S. Military personnel as well as all first responders. All you need to do is show a military or first responder ID at one of the tournament entrances. A wristband will also allow for people part of those groups and one guest to receive complimentary food and beverages at the Military & First Responders Outpost located on Hole No. 17.

Any child age 15 and under receives complimentary admission with a ticketed adult. Tickets for ground access are $20 daily, while a weekly pass is $50 for all three tournament days. The family package is $70, which includes two Saturday and Sunday ground tickets.

Tickets for the Sam Hunt concert are $65 and come with Friday ground access on the tournament’s first day.